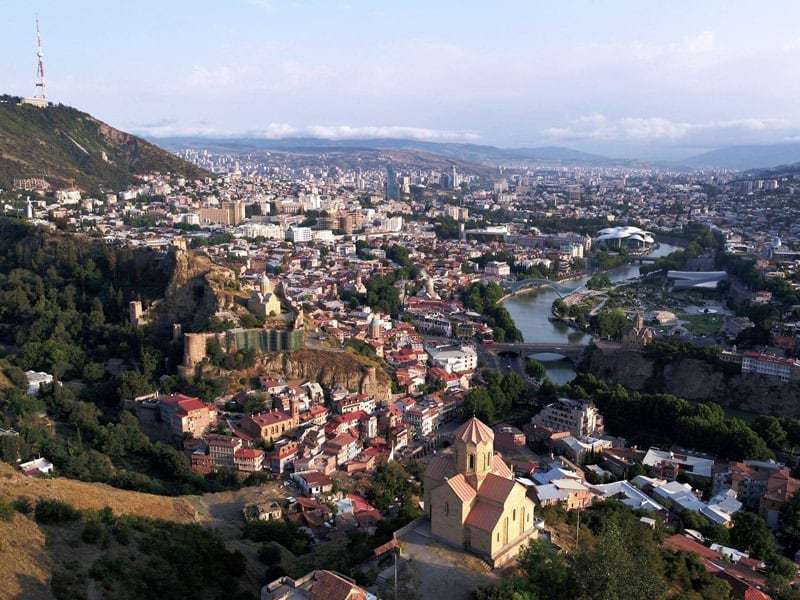 Armenia and Georgia are two beautiful neighboring countries of the South Caucasus. They have so much in common, but at the same time are so very different. Both countries are famous for their delightful mountain landscapes, genuine hospitality, ancient Christian traditions and delicious Caucasian dishes.

So, what secrets they are hiding and what sights should be included in the must-visit list for a trip to Armenia and Georgia? Today we will try to figure that out together.

Yerevan – the capital of Armenia

Yerevan is the capital and the heart of Armenia. As almost all the buildings here are built of unique pink tuff the capital is often called “the pink city”. Yerevan has its own cozy atmosphere and unique rhythm of life.

To begin with here are a few interesting facts about the city. It was founded in 782 BC and is considered one of the oldest cities with an ancient civilization. Just imagine, Yerevan is 29 years older than Rome! If you would like to learn more about its history and plunge into the ancient times, then visit Erebuni Museum located on the slopes of Arin Berd hill in Yerevan.

Despite its age, Yerevan is now keeping pace with the world – the antiquity here is harmoniously intertwined with modernity. Modern buildings, open-air cafes, nightclubs, shopping and business centers – all this is an integral part of the modern city. 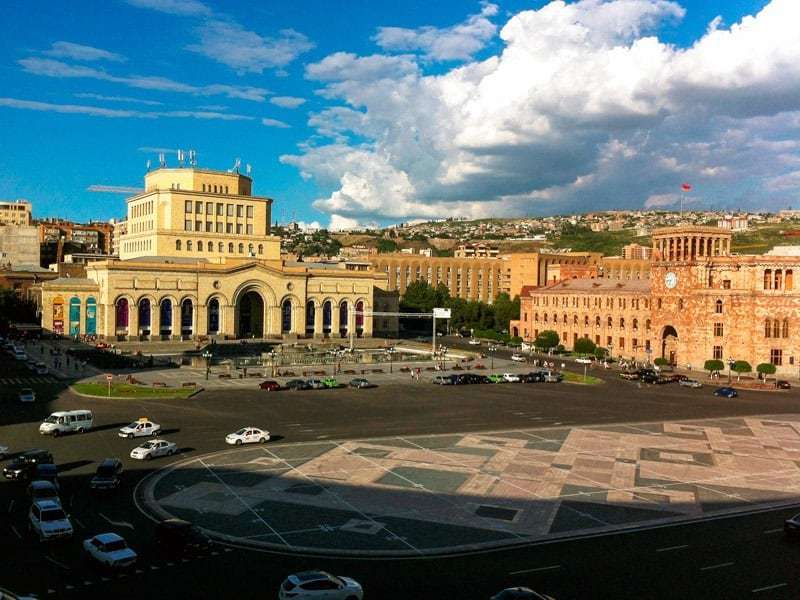 So, what can we advise the a new visitor to see first? The answer is obvious – of course, the Republic Square. It is a heart of Yerevan, one of the most beautiful and attractive places.

The square was constructed in 1924 by the famous Armenian architect Alexandr Tamanyan. The main place in the square is occupied by singing fountains which from May to October please the inhabitants and tourists with the bright and unforgettable show.

Make also sure to visit the Opera and Ballet Theater, the Cascade and the Northern Avenue.

What else can tourists find in Yerevan? Absolutely everything including luxurious five-star hotels and budget guesthouses, unique cafes and traditional restaurants with national cuisine, and all services that are meant to make your stay in Yerevan comfortable and unforgettable.

Tbilisi – The Capital of Georgia

Tbilisi, the capital of Georgia, is the city of contrasts. Ultra-modern buildings and small ancient houses with wooden balconies, awe-inspiring modern sights and ancient churches – all this is surprisingly combined here.

But first let’s first talk about some historical facts. The city was founded in the 5th century by the King Vakhtang Gorgasali, who chose a perfect place for the future capital. Tbilisi is split between the Caucasian hills, and River Kura divides the city into two parts.

The main historical attractions as well as modern shopping centers, chic hotels, restaurants, and cafes are mainly concentrated at the city center.

So, what can we advise a new tourist to visit first? Of course, the Old Town! This is a unique place where you can fully feel the whole color of antiquity.

Climb the Narikala fortress, stroll around pedestrian Shardeni Street, visit the Sulphur Baths and have a cup of coffee in one of the cozy cafes of Leselidze Street. If you want to get acquainted with the modern part of the city than go to Rustaveli Avenue and enjoy the unique architecture of the Bridge of Peace near the Rike Park. 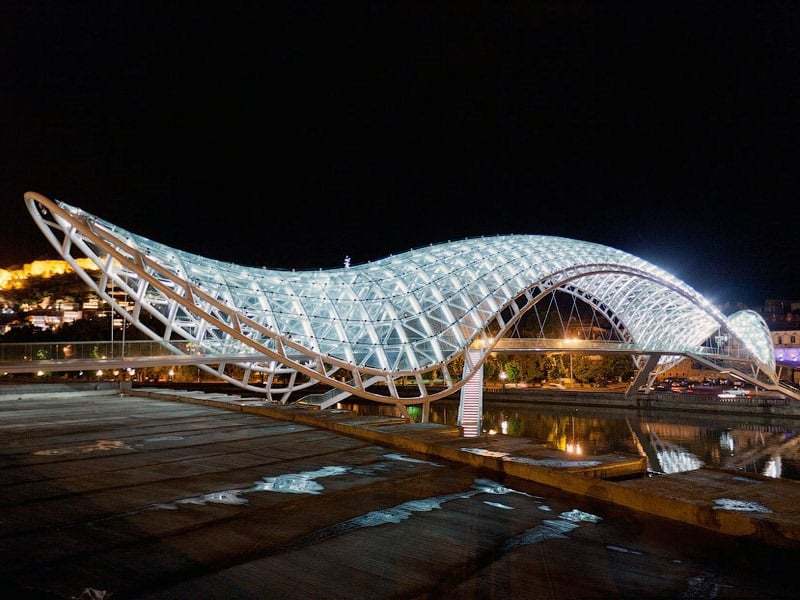 And what can we advise to try first when it comes to food? Of course, khachapuri and khinkali – the most popular national dishes. Make sure to try Georgian wine as it is widely known all over the world.  The history of wine-making in Georgia, according to some archaeologists, is about 8,000 years old.

And finally don’t miss an opportunity and take a closer look at the pieces of the contemporary Georgian art. For instance, the Center of Contemporary Art (51 Uznadze Street).

There is so much to see and do in Georgia, and you’re sure to have an incredible time, filled with things to do.

Don’t miss this article about where to stay in Tbilisi for your next visit and also consider planning an escape from the bustling capital city to explore the stunning Georgian wilderness near Kazbegi, Georgia, which is located just a few hours north of Tblisi.

Echmiadzin – The Religious Center of Armenia

The pagan Armenia went through the bloody path to Christianity: hundreds of pagan temples were ruined and instead of those architectural monuments churches and monasteries were built. Those churches have become the most important part of the history of Armenia. 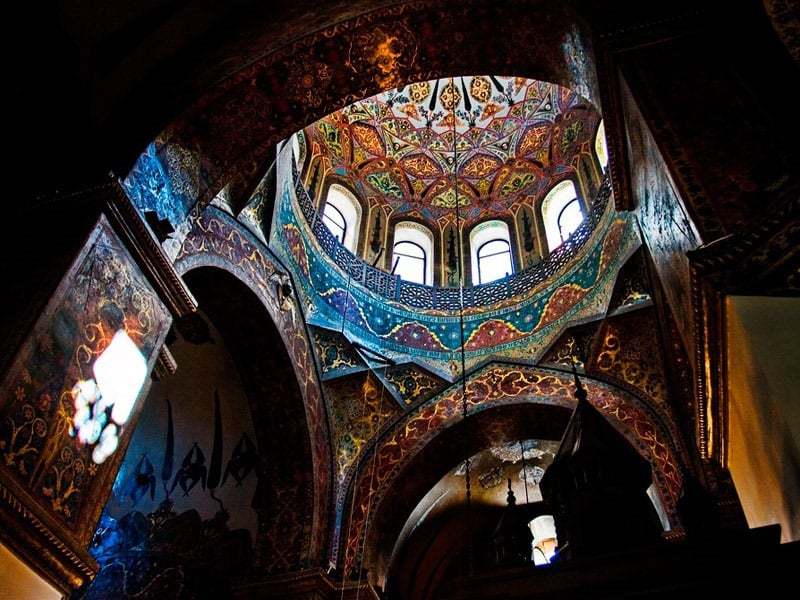 We advise to start the religious trip from Echmiadzin town which is considered the religious center of the country. Here was built the first Christian church in the world – Echmiadzin Cathedral.

The place for its construction was chosen not just by accident. Gregory the Illuminator, the founder of Christianity, saw a dream in which God showed him the exact place. The name of Echmiadzin is translated as “the descent of the only begotten”.

Mtskheta – The Religious Center of Georgia

Georgia is also listed among the first countries who adopted Christianity as a state religion. It happened in 319 AD with the assistance of King Miriam and St Nino.

The first Christian temple of Georgia was built in the town of Mtskheta which was the first capital of Georgian Kingdom. The temple was named Svetitskhoveli and became the main Orthodox cathedral of the country. Now it is included into UNESCO World Heritage List. 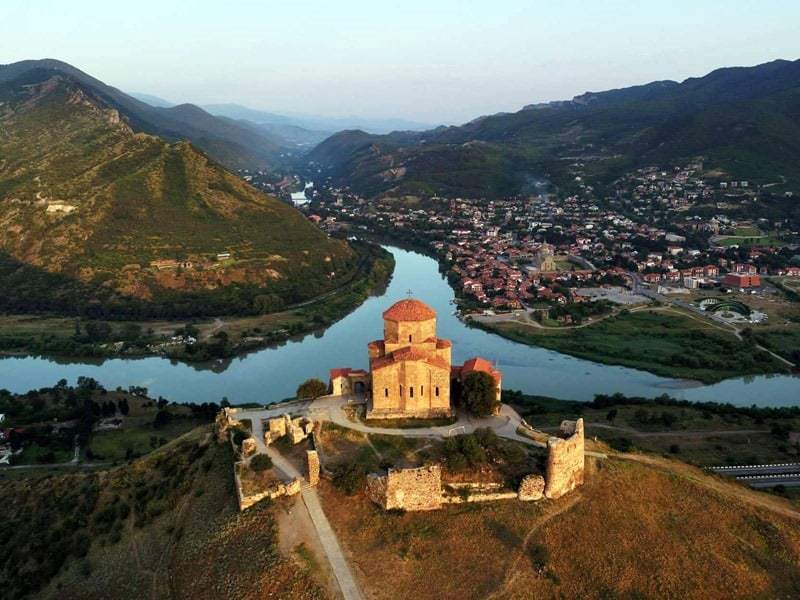 So, no matter which city you will choose to visit, those two nations are always waiting for new guests with open doors and hearts.

Armenia and Georgia have much to offer for lovers of adventures – hiking, trekking, mountain biking, horse riding, rock climbing and much more. Real gourmets can choose gastronomic tours to Georgia or Armenia and plunge into the fest of new tastes and aromas.

Traveling to Armenia and Georgia on your next trip? Book the perfect room on Booking.com today! 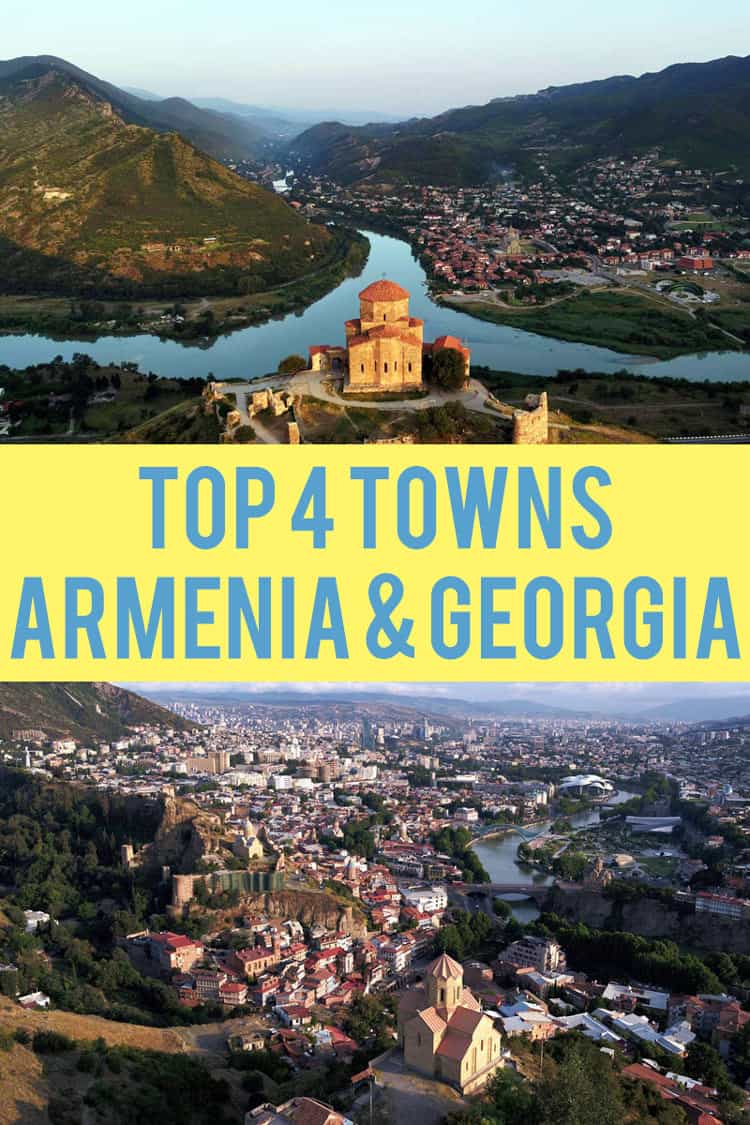