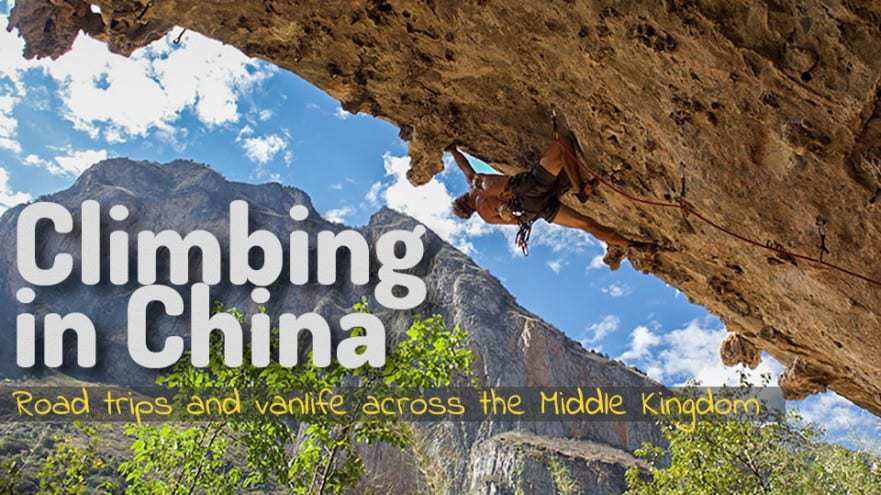 The post below about climbing in China is written by my buddy Ryder Stroud of the Itinerant Climbers Collective, and author of the Wild West China Exploration Route Guide. He’s the one that put together those awesome videos of our climbs up Mount Stuart’s North Ridge and Mount Whitney’s East Buttress. 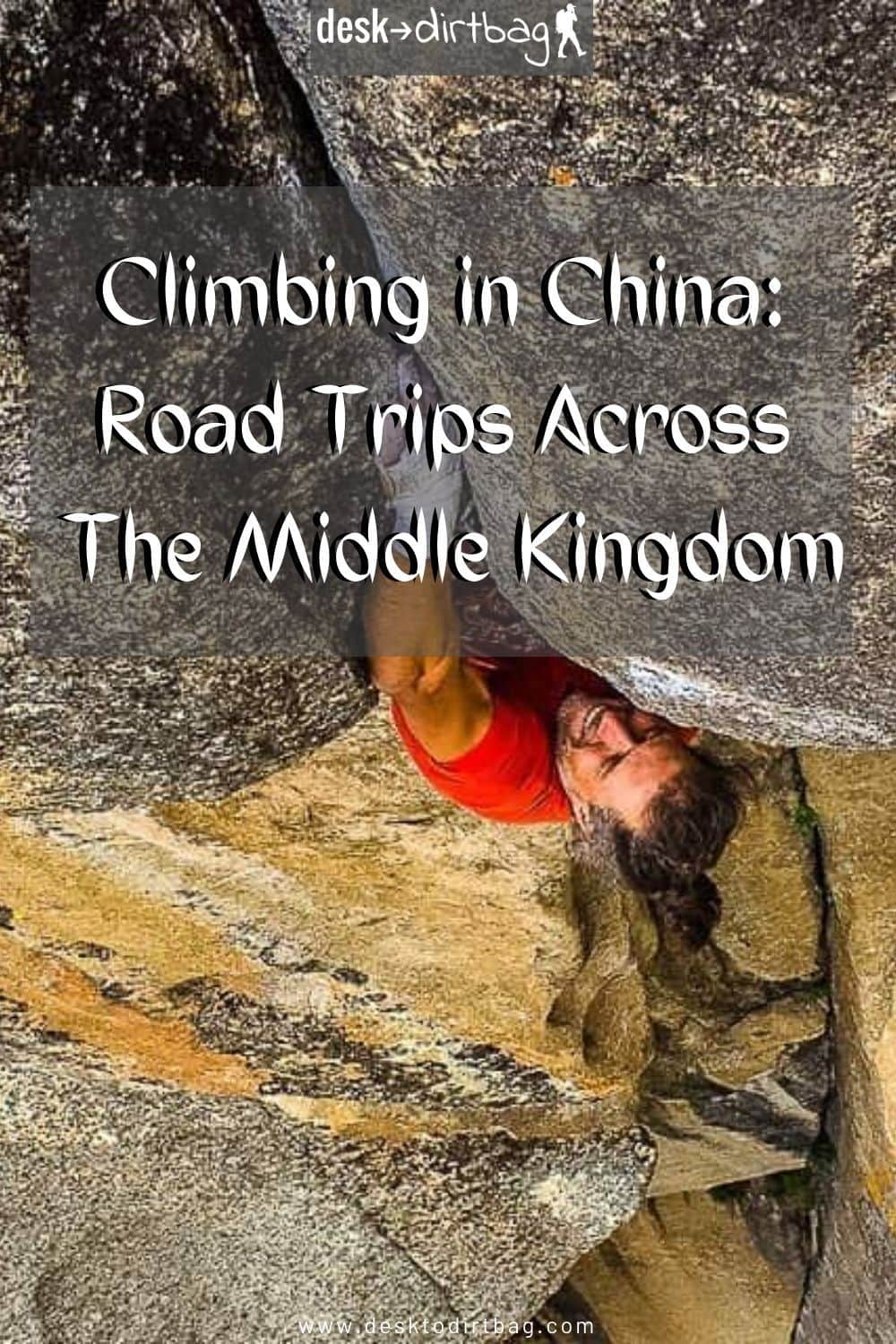 His thick, western drawl made him hard to understand. I stared intently at his face in hopes I would capture his response to my questions.

“So you’re out here every summer with your yak herd?” I asked him in Mandarin, wanting to push the conversation on a little longer. I looked out towards the black, furry mass that was wandering beneath the granite spires in the distance.

“I’ve been doing this route for the past 20 years!” His words disappeared back behind the wall formed by the influence of his native tongue.

The man towered above me. Though in America, I stand only slightly above average, I had grown used to being significantly taller than most folks in China.

But our climbing team was no longer in China, at least not in the political sense. We had entered onto the Tibetan Plateau, a huge, high-altitude expanse inhabited by people wildly different from the Han Chinese back east.

This man was a local Tibetan yak rancher. His face weathered by the years spent exposed to the harsh, cold, UV-blasted conditions of the Plateau. Though he his stature was imposing, his personality was amicable as he did not seem used to foreigners in such a remote place.

“You should see this!” He, said pulling out his rock slingshot “I can get the herd to move with this thing from far away.”

He kept talking as he sent the sling swinging above his head, letting loose a baseball-sized rock hurtling towards his yak herd as he whistled to warn of its impact. The yaks instinctively fled the stone skipping at high speeds towards them.

After a few attempts to get us to take a ride on his ranching horse, he waved us off.

We shouldered our packs, heading for the granite peaks ahead of us in the Xiasai Massif. The culture of this place was incredible, but we were drawn in even further by its rock—beautiful, unclimbed rock.

Early monsoon season clouds were already hanging over the main summit, but there was still afternoon light illuminating the spires ahead.

We had an objective, no information about it, our gear, and some ambition. It was a mixture that would get us stuck in a sudden July monsoon hail storm halfway up the wall before coming back to summit days later.

So much of dirtbagging in the United States has become a trail of linking up our dream destinations: quitting our jobs, buying a van, and rocketing off to Red Rocks and Bishop for six months of pure climbing bliss.

It’s like a honeymoon as we snuggle up with our trad rack at night while listening to the winds come down off the mountains and hit the side of our camper.

With virtually all America’s wild land already explored, it is a matter of simply getting to our coveted destinations. We know where the good climbing is, the means to get there, and the knowledge base to find the good climbing.

All these resources are scarce in China, the proverbial Middle Kingdom. I set out with a bit of an absurd notion: that I could get to China, find some way to obtain a local driver’s license, purchase a van and venture to… somewhere.

What ensued was a strange three months bouncing between government offices in a bizarre, opaque, byzantine system that did not seem to know how to handle a foreigner inquiring about a Chinese driver’s license.

But by the end of the process, I found myself driving across the potholed roads of western Sichuan province in a “Mianbaoche” (面包车, which translates to “Loaf of Bread Car” because of the vehicle’s resemblance to… well, a loaf of bread), whipping the steering wheel furiously from one side to another to avoid the trench-sized holes that pocked the roads of huge mountain gorges.

The dirtbagging roadmap out here is minimal, as is information about climbing in China’s west.

While there are a few data points like Liming, China’s trad climbing capital, virtually no climbing information exists on destinations further west, since 90%+ of foreigners spend their time in China’s urbanized east.

But this solitude has been part of the allure for me: I do not have to plan for weekend crowds coming in from Denver, Salt Lake, or the Bay Area; I do not have to worry about a cop shining his light in on my van at 3 a.m. telling me I cannot stay where I am parked.

It is quiet. It is nice. And the amount of new rock I have seen is jaw-dropping.

The entire western half of China is essentially one giant mountain range with a giant desert cutting through it about 2/3 the way up the width of the country. It has everything from sandstone, to limestone, to gneiss, and to granite in both peak and cliff form. 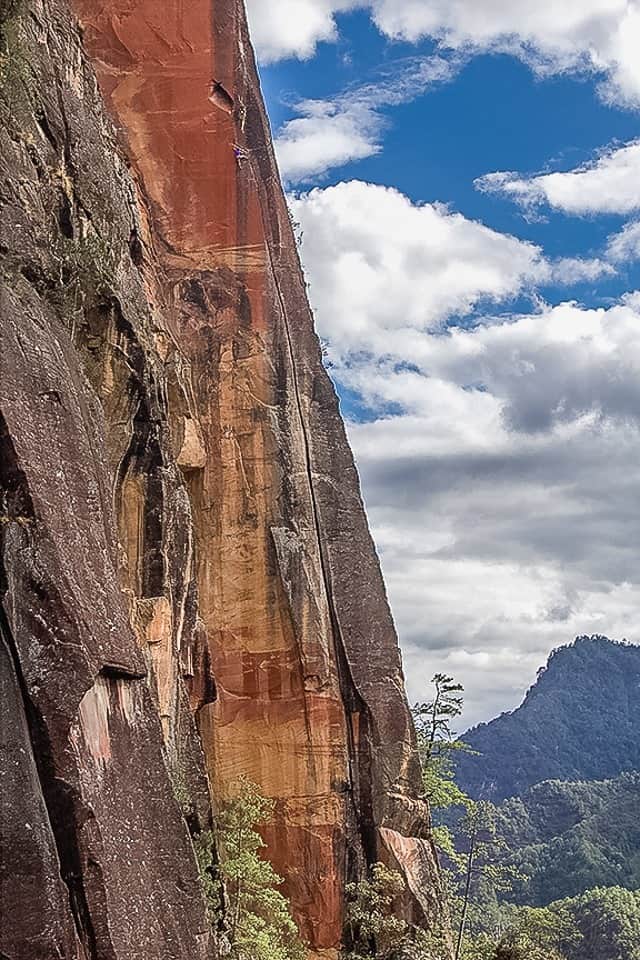 Ice gullies run down some of the higher peaks in western Sichuan, granite canyons erupt from river gorges up by the Mongolian border. I have spent the better part of 2014 and 2015 just cruising around in the van. Parking it beneath some peak, and charging up to basecamp to see what it is all about.

Of course, this is a recipe for not always climbing. I spent my fair share of time staring up at features that were simply not climbable because of bad rock. I have also spent a good amount of time prepping a rock climbing route for first ascent.

During one stint in Liming, Yunnan Province, I decided to put up a multipitch with a friend to the top of one of the area’s sandstone towers. Coming from an American rock climbing upbringing, I assumed it would require a little bit of loose rock trundling and scrubbing (it is sandstone, after all).

What ensued was over a week of cleaning: trundling loose rock, establishing anchors, and scrubbing a thick layer of jungle fuzz off the route line. Since Yunnan is a heavily monsoon-affected region, the sandstone there is a lot greener (and yellow, red, black, gold, and gray), requiring more work than sandstone found in more arid climates.

But the resulting route, Sinological (5.11-, 3 pitches) turned out to be a complete gem, climbing up to the top of a feature that had commanding views of the entirety of Liming Valley. 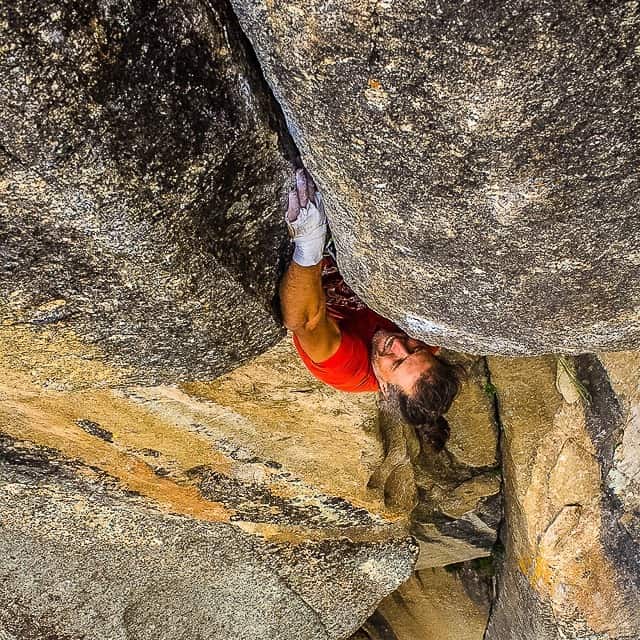 The adventures soon scaled up. I met and climbed with Mike Dobie, a Black Diamond athlete who had been developing Liming since 2010. He is one of Liming’s founding climbers and responsible for a huge number of the routes that climb the cliffs there.

By his estimation, he established hundreds of pitches on Liming’s walls and was projecting one of the area’s most difficult routes, a 5.13d, steep, hugely overhung, pump-tastic ring-lock crack recently established by Australian pro Logan Barber. 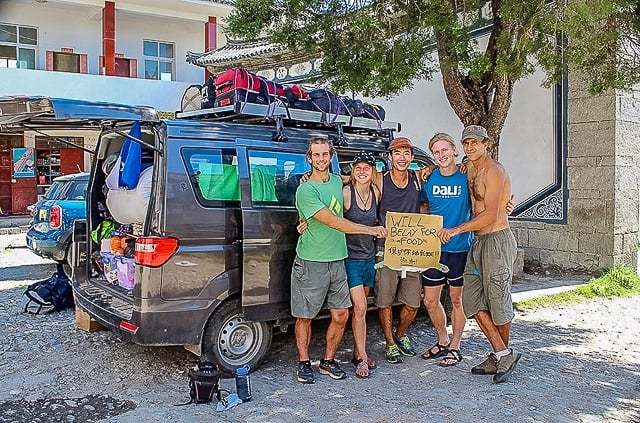 He and I, along with a crazed coalition of vagabond China climbers hatched a plan. We would take my van and venture deep into the Tibetan Plateau to see what rock climbing potential there was around the area’s high peaks, which often get a lion’s share of the attention.

What ensued was an insane two and a half-month journey through some of the most rugged, mountainous provinces in China, including Yunnan, Sichuan, Qinghai, and Xinjiang, where we discovered hundreds, if not thousands of features that were ripe for new routes and had never seen climbers on their flanks.

The trip culminated in the remote northwest corner of China’s Xinjiang province, where a granite canyon fabled to be China’s version of Yosemite, where we opened an entire cliff’s worth of new multi pitch routes from 5.10 to 5.13a/b.

While we did not have nearly enough time to free them all, we hit the road for the monstrous 4,500 kilometer road trip track back to Yunnan Province with the knowledge that we left 7 quality multipitch routes in the canyon and alpine first ascents to the top of a 5,000 meter granite spire, among numerous other beautiful features we climbed over the course of that summer.

While climbing time is not always as dense as it would be traveling from place to place, the kind of climbing potential you find in so many places inspires the imagination.

The city were I ‘live,’ Dali, sits beneath a 4,000-meter mountain range, with deep canyons of gneiss running up into the mountains’ ravines and huge boulders that spill out into the valley below.

Some of the barriers to entry across the Pacific are high. While I do speak Mandarin (sort of) fluently, the dialects of the west are so heavily influenced by completely different languages of the western regions that holding basic conversation becomes more and more difficult.

And you do need some degree of tolerance for the über-sufferfest.

Summertime, the season we Americans associate with alpine rock climbing, is actually monsoon season in the mountains of China, meaning either a light-and-fast ascent approach or waiting until the spring or fall, during which the high altitude cliffs and peaks are significantly colder and snowy.

But if you can endure through some of the uncertainty, you may find some new rock to climb, and more importantly, have a wild adventure along the way in a crazy distant land.

Follow my China adventures at www.itinerantclimberscollective.com, where you can find more videos and articles about life on the road climbing in the Middle Kingdom. I am also on Instagram as @itinerantclimber and under the hashtag #chinadirtbag! Ryder is an apprentice guide through the American Mountain Guides Association and the founder of Itinerant Climbers Collective, a climbing group that produces climbing media from locations across the world. He has climbed in America’s great ranges from the Cascades to the High Sierra out to China’s great ranges from the Daxue Shan Range to the Altai Mountains. He is indebted to Ryan of Desk to Dirtbag for being the first to enlighten him about the ways of dirtbag living.