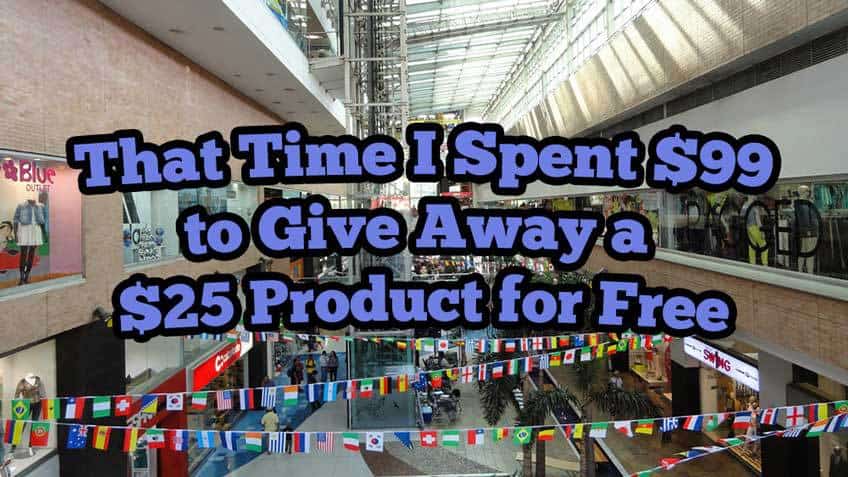 I had been approached by a couple of companies in the past about doing some sort of sponsored giveaway or raffle or whatever you want to call it. But I had never done it and wasn’t sure whether I wanted to do one for my blog or not.

It most definitely is an easy way to increase pageviews and bring in new visitors. People love free stuff, no doubt.

After more then two years of blogging I finally decided to do my first ever giveaway mostly as an experiment, also because the opportunity was there, and finally because the timing was right with my mailing list switch (more on that later).

I pitched Aerobie, the makers of the Aeropress Coffee Maker, about doing a giveaway by referencing my heavily trafficked article and the number of sales that I have referred for the product on Amazon. They said yes to partnering up.

In the process of ramping up for my planned (eventual) Kindle book about breaking away from the 9-5, I have also added more things to my website to compliment that effort… Namely my 7-Step Guide to Big Change and the bundle of Hacks and How To’s to increase the opt-in rate of my email list. Prior to doing that I also made the switch over to AWeber, a more robust email service (compared to the free MailChimp account).

Obviously this is beneficial in establishing a relationship with people who are only now discover my website more than two years after creating it–I can share valuable content from the past and present new and exclusive content to these new subscribers.

In any case, with all these things coming together at the same time, I decided to go ahead with my first giveaway.

I’m a big fan of AppSumo and Noah Kagan’s content and products. He does a great job. The various social media sharing and email sign up forms on this website are via his free SumoMe plugin. I heard about the KingSumo Giveaway plugin (not an affiliate link) which is a premium plugin that cost me $99 (retails for $199, but you can get it for half off by clicking the link through another giveaway).

But it is a one-time fee and is fully featured unlike some other online services like Rafflecopter where you have to pay a hefty monthly fee to have the viral refer a friend style contests as well as integration with your email service.

I promoted the giveaway intermittently and didn’t push it too hard, I don’t think. I shared it with my primary mailing list of about 300 subscribers, through my social media channels, and through one blog post announcing the contest.

The idea with a viral refer-a-friend style contest, of course, is that the people entering the contest have a huge incentive to spread the word, effectively promoting the contest for you and bringing in more people from their network of friends and followers.

For this particular contest it was catered toward adding people to my email list and having them share the contest–just giving your email address was a single entry, but if a friend signed up through your link it counted as an additional 3 entries.

39 of those entries were referred by other contestants via social media.

I think a 39% ratio for referred sign ups is pretty darn good, although I don’t have anything to compare it to at this point.

These users were all signed up to a special giveaway list in MailChimp and not to my (new) primary list in AWeber. I was in the midst of transition and didn’t want to do it yet, but I was able to effectively convert at least 10% of those sign ups over to my main list at the end of the contest when I offered everyone the consolation prize to receive my free Hacks and How To’s bundle.

All-in-all KingSumo Giveaways is a super slick and easy to use plugin, the contest is a snap to create, edit, and integrate with your existing email service. If you are looking for a full featured and customizable refer a friend style giveaway without the recurring monthly billing of other popular services, than you can’t go wrong with KingSumo, in my opinion.

So yeah, I paid $99 to give away a $25 product for free… Kind of funny. In dollar amount I can’t say that it has paid off, but it was a great experiment and I would certainly love to do more giveaways in the future, which I think will make the somewhat steep price worth it in the long run.