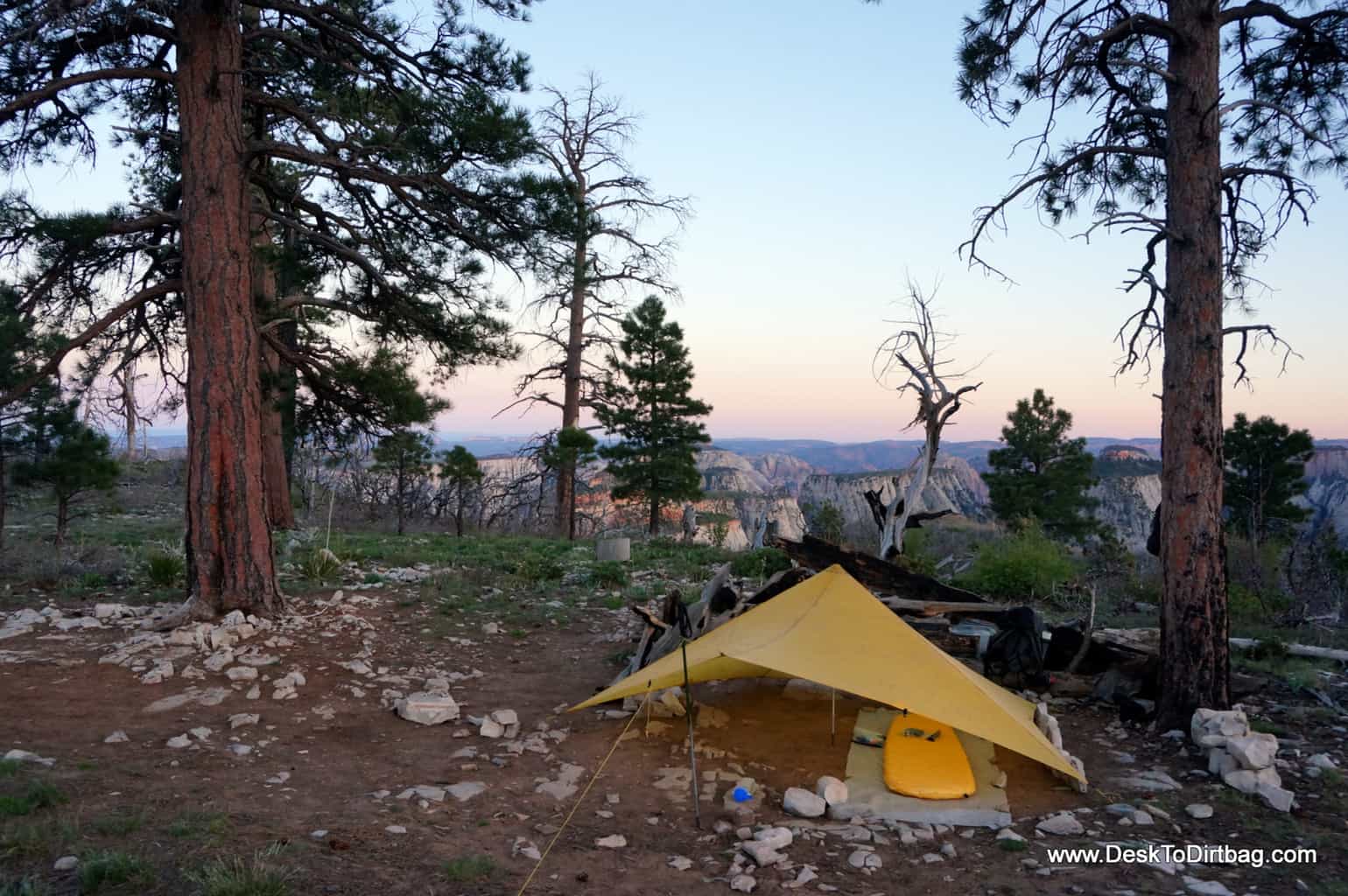 I decided to do the (mostly) Trans-Zion Trek while I was in Southwest Utah–hiking from the northwest corner of the park across to Zion Canyon.

After two days of hiking I finally began hiking adjacent to the rim where I set up camp for an absolutely gorgeous sunset.

The next day I started the descent into the canyon and it was actually my first time in the canyon proper of Zion National Park, an amazingly beautiful place from Angel’s Landing, to the famous Moonlight Buttress climb.

It was also a somewhat overwhelming experience to have almost complete and utter isolation at the far corner of the park and then to enter into the chaos of crowds around Angel’s Landing and then even more-so down in the canyon itself.

The (mostly) Trans-Zion Trek is definitely a worthwhile way to see the park, I highly recommend it!

The bigger problem for me was that I was now stuck in Zion National Park and somewhat stranded from vehicle on the other side.

Now, there is a shuttle service that exists, but it is expensive and I didn’t plan in advance thus I would’ve had to spend the night (covertly) somewhere in the park in order to catch the next morning shuttle, or I would’ve had to pay considerably more money to get a special ride at that time.

I wasn’t going to pay a bunch of money. 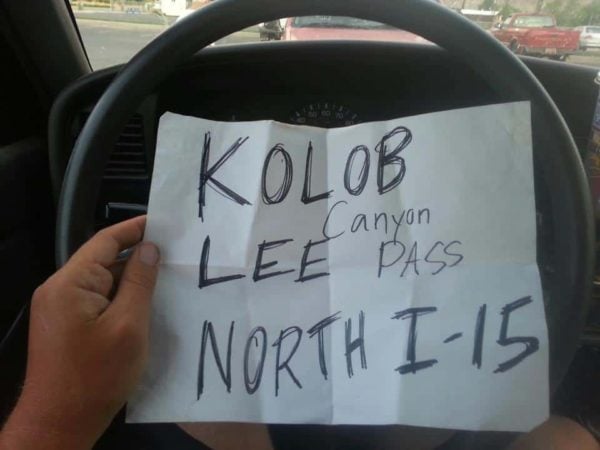 This is the first time in my life I have ever tried hitchhiking and I will say it was a terribly demoralizing experience standing there and being passed by 100s of cars in the hot sun, just wanting to get back to my car.

I got a few shouts of encouragement from people who said they’d love to give me a lift but they weren’t heading that way. Or a couple people who offered to take me into the town–but I wasn’t sure that’d help.

In the end an employee leaving work for the day offered to take me as far as the freeway. I hopped in.

Kind of strange hopping into a car with a stranger and chatting about random things, especially after emerging from a few days of solo hiking.

He dropped me off at the on ramp to the freeway–now it was only 10 miles or so to the park exit that I needed.

Unfortunately there weren’t many cars at all coming onto this ramp on the ramp. The few I tried to hitch with just sped by me. There were dozens of cars passing with much more frequency on the freeway…

It’s illegal to hitchhike on the freeway, but by now it was only a few hours before dark.

I walked up the on ramp and stuck out my thumb.

Car after car, semi after semi sped by me at 70+ miles per hour. The speed limit is fast here. Nobody even slowed down. I tried this unsuccessfully for some time before opting to start walking down the freeway (there is no other road).

I walked a couple miles on the shoulder and saw all manner of strange things littering the side of the road.

Frustrated, tired, and concerned about what I was going to do as nightfall was quickly approaching and I had no food left from my hike and only a bit of water, I decided to take the next off ramp.

I had all my camping gear obviously. I could find somewhere to sleep for the night in a thicket of bushes if the roar of semis didn’t keep me awake.

There was nothing around. No stores, no shops. Nothing.

The exit ramp and on ramp I reached didn’t have cars using it.

Just about when I was going to give up for the night ONE car came around the corner and I flagged them down explaining my situation.

They were a nice couple with their car loaded to the gills with food from Wal-Mart and heading up north for a few weeks. The boyfriend was insistent that they had to help me out and shuffled the bags around in the back so I could get in.

I was SO thankful to have a ride. They were super friendly and outgoing. I just wanted a ride to my exit (which would still have entailed a multi-mile walk up hill to get back to the trailhead, but they insisted on going out of their way and driving me all the way up to my truck.

I *finally* made it back to my precious home on wheels just after the sun went down.

Thank you random strangers, your kindness was most welcome. I paid it back later in California for some thruhikers. Next time I will pay it forward though.

The Trans-Zion Trek is an amazing hike, but the journey back to my truck was a far more challenging endeavor.

Photo taken with my Sony Nex-6.