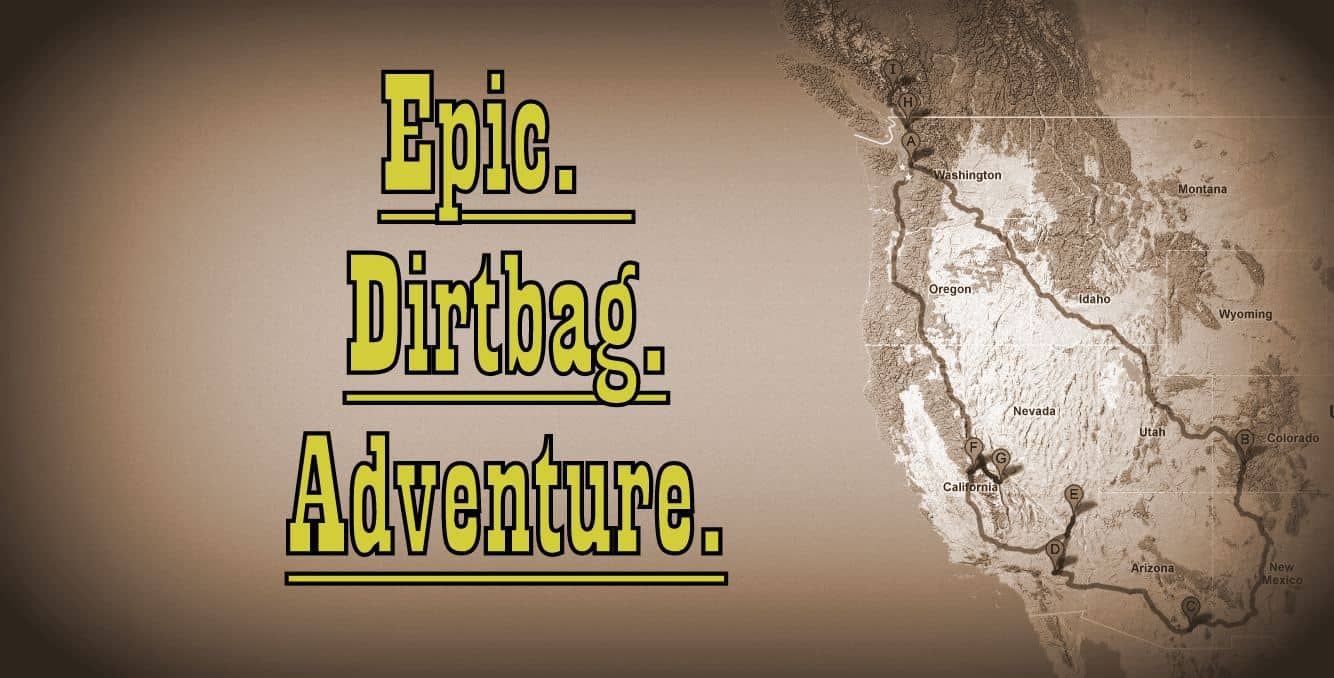 So, when my Washington DC desk job ceased to exist, rather than jumping straight into another role of responsibility, I decided to embark on what I’ve jokingly dubbed my Epic Dirtbag Adventure*.

As climbers and backpackers we frequently spend time at our desks day dreaming about all the awesome adventures to be had–our thoughts culminating with a longing “one day!”

We try to squeeze the most out of our Saturdays and Sundays, counting down the time until the next three day weekend, and spend 50 weeks of the year waiting for those two special weeks where we can really get away.

But instead of waiting until we’re 65 to actually enjoy our most precious commodity–time–what about taking the opportunity sooner rather than later?

In my case, with my job of more than 5 years coming to an end, I’ve decided to take advantage of this opportunity and spend some time with a pack on my back, exploring a few of the most spectacular mountains and rocks out there.

This is my journey from desk jockey to dirtbag climber…

For now this is my working list of destinations… Subject to change based on my interests, whims, and ability to find partners.

January and February 2013
Ouray, CO: Two months in the epicenter of ice climbing in the US!
March
April
May
June
July – August

* Disclaimer: The words EPIC, DIRTBAG, and ADVENTURE are like WAY, SUPER overused–but that’s part of the cliche, ironic fun in my name choice! And obviously there are more mountains and climbs out there than can possibly be done in a single lifetime, let alone just an extended sabbatical, so obviously I won’t be able to do everything I’d like to do (nor do I necessarily have the skills at present to take on some of the things I’d like to). I’m just hoping to get a good taste of some of the amazing mountains, climbs, and nature out there…