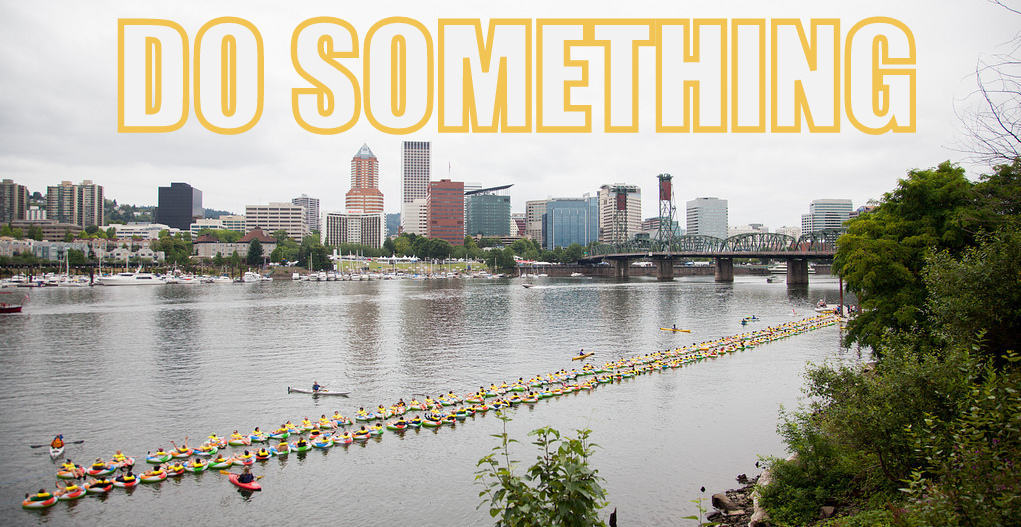 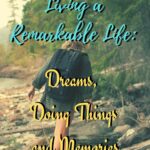 I spent July 4th weekend in the hipster capital of the world, Portland, Oregon, to attend the so-called World Domination Summit (WDS). The what? Yeah, it’s a sightly audacious name that brings up thoughts of Pinky and the Brain or Dr. Evil, but rather than taking over the world, we were talking about how to live a remarkable life.

For those of you who might be unfamiliar with WDS, it’s an unconventional conference of bloggers, entrepreneurs, globe trotters, artists, agents of social change, and desk jockey’s looking to break away.

Or, as I see it, it’s basically a bunch of people who are doing something a little different in life (or at least want to).

Something awesome, something memorable. 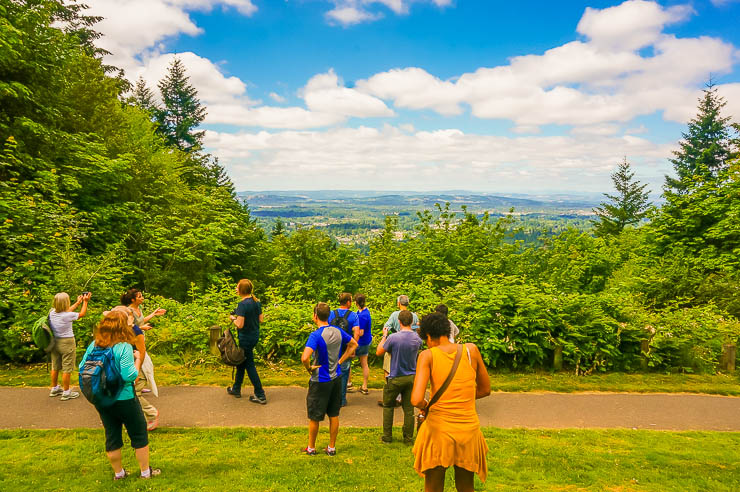 WDS was started by Chris Guillebeau of the Art of Non-Conformity, someone whose work I’ve been following for a number of years as he traveled to every country on earth and wrote some pretty awesome and inspirational books too.

I had no idea what to expect from the conference, but I wasn’t coming into it with any specific set of expectations. Mostly I just thought it might be a cool way to connect with more like-minded individuals and to surround myself with a supportive cast of characters in my own hero’s journey in real life, rather than the naysayers.

The central question of WDS is “How can we live a remarkable life in a conventional world?” It’s obviously a challenging subject matter with a myriad of potential answers. A variety of speakers from different backgrounds and perspectives tackled this question.

If I had to condense down the various perspectives and ideas on what it means to live a remarkable life, then it would be the following three steps.

We’ve all got those random dreams and notions that float around in our heads… Things we “wish” we could do. Some of those are fleeting notions while others are more persistent that stick with you through the years.

To quote the awesome short film 35, “We all have dreams, but they don’t mean much if we don’t act on them, if we put them in a drawer we label ‘Someday,’ for when we think we’ll have more time.”

All of us make up great excuses for inaction. I don’t have enough money, time, connections, resources, skill, knowledge, or fill in the _____. But the thing is there are countless examples of people who were in the same boat or didn’t even have a boat and yet they were able to go and do amazing things… 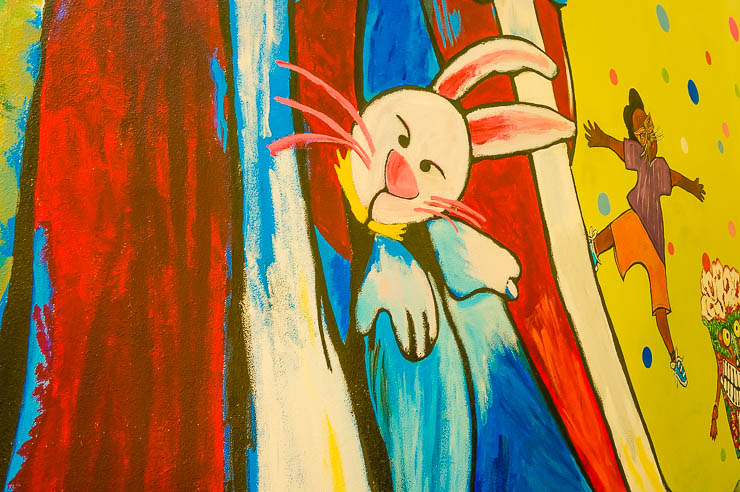 Man, I’d love to someday climb El Cap. I’ve got all sorts of excuses why I couldn’t do it. The Gimp Monkeys put up the first “all disabled” (missing limbs) ascent of this 3,000+ foot granite monolith, and they asked, “what’s your excuse?”

Dreaming is fun, in some ways even fulfilling. But you need to put something concrete down. You can’t just say I want to quit my job and travel the world someday, you need to put together a real plan, a date of departure, and so forth. This is the basic premise behind SMART Goals.

Once you have a plan in place, science even says that the mere anticipation can be just as fulfilling as the actual doing.

The contrary is also true, a dream without any concrete steps or action will eventually lead to unhappiness and a feeling of unfulfillment.

Do Something and Take Action

While the act of making a plan may be step one, there are undoubtedly many subsequent steps. And the best-laid plan is meaningless without trying to take action.

Perhaps the biggest overarching message that I gathered from the presentations was a call to arms, encouraging people to shake off their complacency and routine, and start something or do something different–whatever it is they truly want to do.

To paraphrase Darren Rowse at WDS: “At the end of our journey in life, we don’t want to say, ‘Man, I had some great dreams.'” 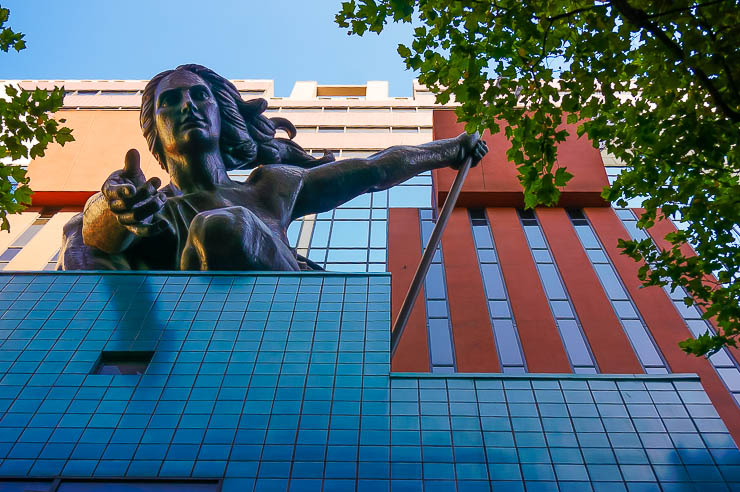 There are all sorts of cliches out there about living in the now, being present, and enjoying or making every single day count. But here’s the thing… They are true, whether you die tomorrow or 60 years from now.

“People don’t realize that the future is just now, but later.” – Russell Brand

What’s the difference if you never truly lived? Never take risks, put yourself out there, and try to do what you truly want to do… How many of us are going to have the same regrets as the Top Five Regrets of the Dying?

“It’s never too early to start beefing up your obituary.”

The event seemed to mean different things to different people… Some had attended WDS in previous years, some were already on the path to location independence or starting their own business, and others, of course, were still looking to begin and had no idea where to start.

But regardless of where people were in their personal journey, there was one statement I kept hearing among all the attendees, which was one of absolute appreciation for an event like this that brings so many passionate, interesting, creative, and out of the box thinkers together in one room.

And that the true value was being able to connect one-on-one with their fellow attendees, even more so than the official presentation itself. I even heard from more than one repeat WDS attendee, that this event is the highlight of their year.

WDS would not have the same impact if it were a webcast or were regurgitated into book format.

So why is a short weekend event such as this a high point for so many people? In my mind, it comes down to Doing Things & Taking Action. Every single attendee is an active participant and is playing an active role–try as hard as you might, you can’t leave there just being a passive observer as you could with a webcast, reading a book, or surfing the web. 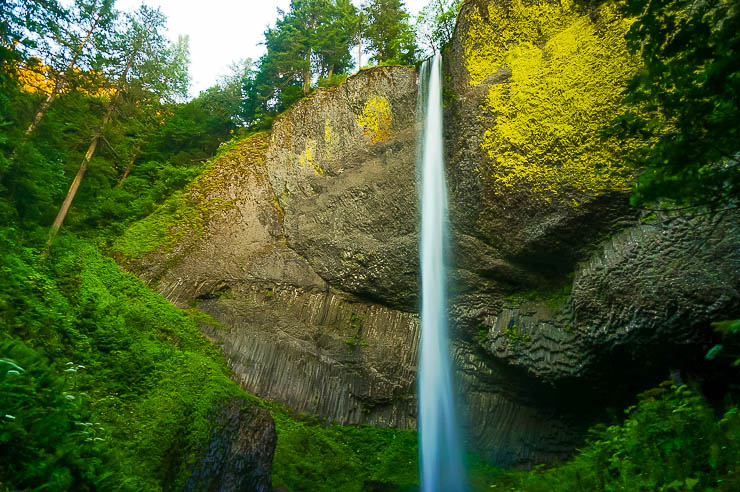 You probably traveled to get there, you might be in an unfamiliar city, you’re meeting all sorts of new people, getting out of your comfort zone, and having conversations that you probably don’t have on a day to day basis. Oh, and perhaps even doing things like setting a world record for the longest floating human chain (yes, we did that).

Whether or not the event inspires you to continue taking action after the fact, is another matter, but it feels like you’re taking the first tangible step (or yet another tangible step) on this journey that you are on.

It is here, in stage two, where we are moving from simply dreaming to actively pursuing. This is something that can only be achieved by taking action in the present — the most important thing.

Experiences. These are the things that create memories and lasting impressions that we will carry with us for the rest of our lives. We all intuitively know that spending our money cultivating experiences versus accumulating things is a much wiser way of spending our hard-earned money.

Yet too many of us spend large chunks of our money buying stuff, and large chunks of our time living vicariously through others by spending hours watching TV and movies, getting sucked into the rabbit hole of inane YouTube videos, constantly refreshing our Facebook or Twitter feeds, or just aimlessly surfing the web.

We consume almost without conscious while neglecting to create the life that we actually want for ourselves. 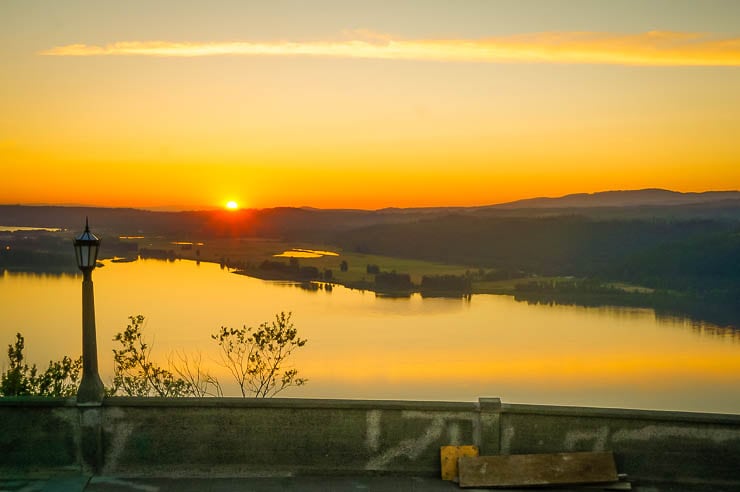 It is this endless consumption of things, information, entertainment, etc, that often gets in the way of actually doing the things we need to do to be able to create the experiences and memories that we crave. Ultimately, it is about the things we do and the people we do them with that matter most, that will help ensure that you’ve lived a remarkable life.

I mean, here’s the thing, I don’t think any of us are going to say when faced with the end of our lives “If only I had spent more time surfing the web, instead of learning how to surf…”

We’ve got to break the smartphone addiction, learn to take risks, and fight for a life that offers freedom of choice to pursue that which truly makes us come alive.

It was this sort of perspective in life that inspired me to write the Dirtbag Manifesto, my own call to arms about living a remarkable life.

Bottom line: Dreams are meant to inspire action, and memories are something we can cherish. But we can neither live in the past or future. Both dreams and memories are dependent on present-day action. That one step you take today could change the entire trajectory of your life, and lead you down a trail that you never even knew was there when you started.

At any given point in time, all we truly have is this moment and this day. So do something with it if you want to live a remarkable life.

Further Reading on a Remarkable Life