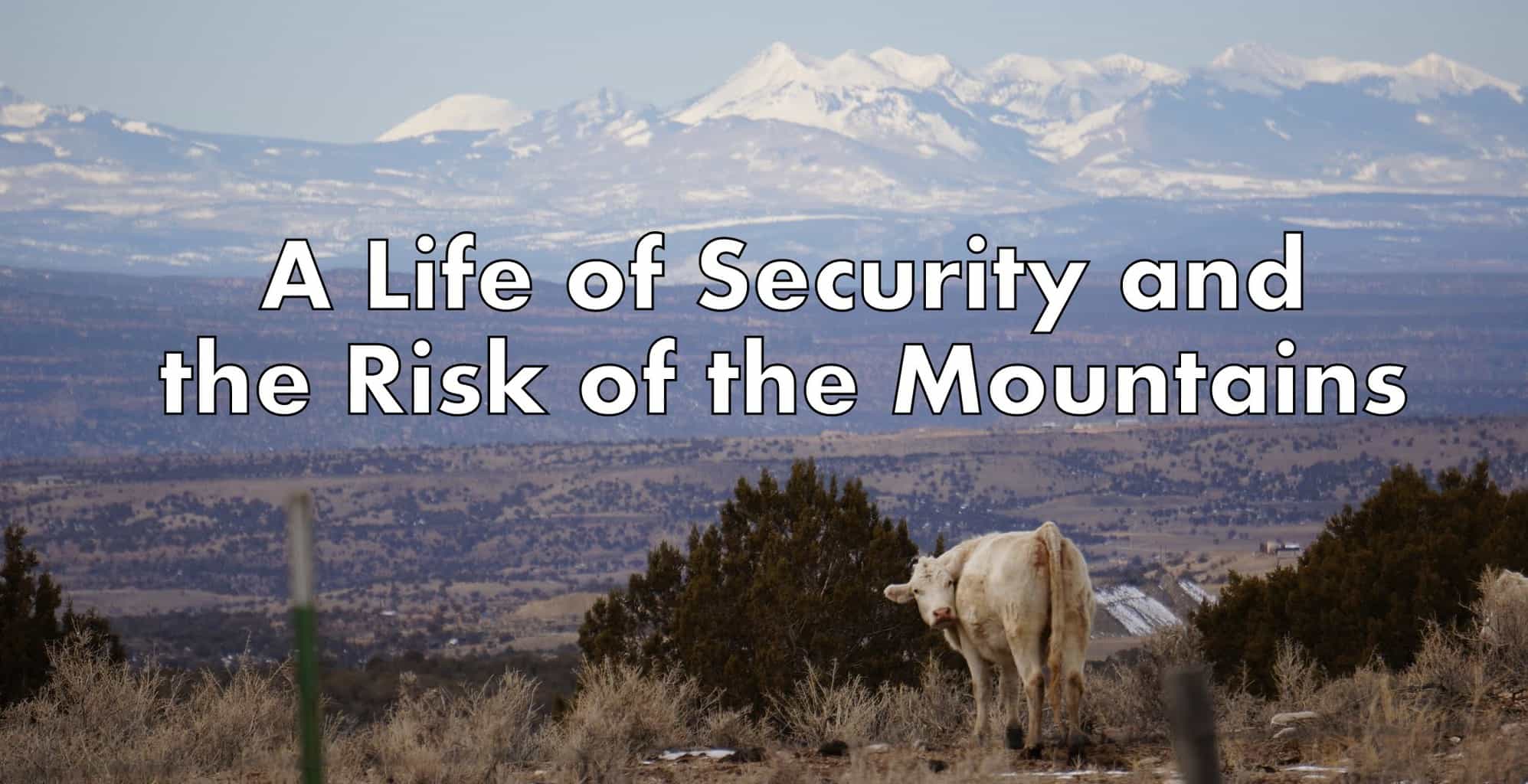 175 shares
This article may contain affiliate links. If you make a purchase through these links, I will earn a commission at no extra cost to you. Thanks!

Recently, as you probably know, a terrible accident occurred on Mount Rainier which swept six climbers–two guides and their four clients–off of the Liberty Ridge route and to their demise. One of those guides, Eitan Green, was a friend of mine and our neighbor downstairs while I lived in Ouray, Colorado for the 2013 ice climbing season.

In the past I’ve written about another climbing death that sort-of hit close to home for me, though I did not know the individual personally. But this is the first time in my climbing career that someone I really knew has perished in an accident.

It was, and still remains, quite shocking. Eitan was a young guide, an up and comer. Always friendly and full of life when he’d hang out with us upstairs for Family Night dinners or when I’d see him around the Ice Park. But now he’s gone.

Conquistadors of the Useless

This year seems to be a particularly bad year in the mountains. First the high profile accident on Mount Everest that claimed the lives of 16 Sherpas and then this accident on Rainier, the worst on that mountain in more than 30 years.

There are those out there who say that mountaineering and rock climbing are “pointless” endeavors. Climbing is generally viewed as a selfish act. One that does nothing to better the human cause but only to stroke the ego of the climber.

I think there’s probably some truth to that. But that’s not the whole truth.

The Risk of Mountains and of Adventure

Risk and an unknown outcome are central parts of both adventure and life. When you embark on an adventure (of any type) there is always the chance of failure, but if you never even set out there will most certainly be no success.

Quitting your job is an adventure.

Starting a new business is an adventure.

Getting involved in a relationship is an adventure.

Climbing mountains is an adventure.

In all of the above there is no guaranteed outcome of success. You may start a business and fail, if you never ask the girl out you’ll certainly never have a relationship, you may set out for the summit and have to turn back.

The Summit to me is so much more than just a high piece of rock or snow with a good vista. It marks my success, my risk, as well as the training, dedication, and commitment to get there. Going for the Summit (the job, the girl, the dream) is as much about the process and how you learn and grow from that pursuit and experience than it is about actually reaching it.

“But even if you prepare really, really carefully and you do all these little small steps, the summit is not guaranteed, so you really have to love the process. And if you look at it that way, every expedition is successful.” – Ueli Steck

A lot of people grow up wanting to be rock stars. But they only think about the Summit–what it means to be a rock star–and not the process. Those 10,000 hours jamming in a dingy, thankless bar in Berlin like the Beatles. You have to love the process and what the process teaches you.

Others for example want to be writers. They really like the idea of being able to say “I’m a writer” (the Summit), but you know what? They don’t actually really like the process of putting words on paper.

Climbing mountains in and of itself might be a pointless activity. But what it can teach us about ourselves, what we’re capable of, and about the nature of managing risk and reward–well, those are things that I find to be extremely valuable.

If the Summit was absolutely guaranteed would it even be worth pursuing?

On Being Risk Averse

Most people are quite risk averse. They just settle for some job or some lifestyle that they perceive to be secure (when in reality it probably isn’t), afraid to make the changes and take the risks necessary to pursue what they really want.

“So many of us choose our path out of fear disguised as practically, when what we really want seems impossibly out of reach and ridiculous to expect so we never dare to ask the universe for it. […] You can fail at what you don’t want, so you might as well take a chance on doing what you love.” – Jim Carrey Commencement Speech

I have far more respect for the guy who put it all on the line, pursued his dream, but wasn’t successful, versus the guy who has a million great ideas but has never acted on one.

I have far more respect for the guy living month-to-month on a life of his own terms, versus the guy mindlessly toiling away at a job he hates just to buy things to fill his house.

It’s hard to speculate about what “might have been,” but perhaps if I never started climbing and mountaineering in the first place, I would have never left a good line of work in Washington DC to go live out of my truck in the American West. I don’t mean deciding to leave due to the pull of the mountains and my love of the outdoors, but rather because of my gradually increasing exposure to risk and my willingness to take on acceptable levels of risk.

It is most certainly a risk to leave behind the comforts of a good job, for the uncertainty of the road and the pursuit of a location independent lifestyle.

I have no idea how things will turn out for me in the end. Maybe I’ll be homeless and destitute, living in my truck in the desert alone–but this time out of necessity, not desire. But hopefully not.

The point rather is that I’ve taken that risk which has sent me down completely new and unimaginable paths since I set out more than a year and a half ago. What you learn in the process and on the journey is probably more valuable than whether you reach your destination.

If I had never started climbing and taken some of these risks you almost certainly would not be reading my words here. I probably wouldn’t now be living in Medellin, Colombia. There are a lot of things that probably wouldn’t be.

If you never get out there and bother to try, you’ll never see the rewards.

“You miss one hundred percent of the shots you don’t take.” – Wayne Gretzky

I know Eitan was taken from this world far too young. But I also know that Eitan was a happy guy who loved the mountains and his lifestyle. A lifestyle forsaking other opportunities to pursue life on his terms and in the manner that he wanted. In the mountains, outside, and with the people that shared those passions.

There are men who will live far longer than he did, but who will never take the steps necessary to pursue their dreams, and will instead be living out someone else’s life. When you look back at the end of your life, don’t let yourself end up repeating the Top Five Regrets of the Dying.

“Make a radical change in your lifestyle and begin to boldly do things which you may previously never have thought of doing, or been too hesitant to attempt. So many people live within unhappy circumstances and yet will not take the initiative to change their situation because they are conditioned to a life of security, conformity, and conservation, all of which may appear to give one peace of mind, but in reality nothing is more damaging to the adventurous spirit within a man than a secure future.

“The very basic core of a man’s living spirit is his passion for adventure. The joy of life comes from our encounters with new experiences, and hence there is no greater joy than to have an endlessly changing horizon, for each day to have a new and different sun. If you want to get more out of life, you must lose your inclination for monotonous security and adopt a helter-skelter style of life that will at first appear to you to be crazy. But once you become accustomed to such a life you will see its full meaning and its incredible beauty.”

Jon Krakauer, Into the Wild

“To be truly challenging, a voyage, like a life, must rest on a firm foundation of financial unrest. Otherwise, you are doomed to a routine traverse. […]

“‘I’ve always wanted to sail to the south seas, but I can’t afford it.’ What these men can’t afford is not to go. They are enmeshed in the cancerous discipline of “security.” And in the worship of security we fling our lives beneath the wheels of routine – and before we know it our lives are gone.

“What does a man need – really need? A few pounds of food each day, heat and shelter, six feet to lie down in – and some form of working activity that will yield a sense of accomplishment. That’s all – in the material sense, and we know it. But we are brainwashed by our economic system until we end up in a tomb beneath a pyramid of time payments, mortgages, preposterous gadgetry, playthings that divert our attention for the sheer idiocy of the charade.

“The years thunder by, The dreams of youth grow dim where they lie caked in dust on the shelves of patience. Before we know it, the tomb is sealed.