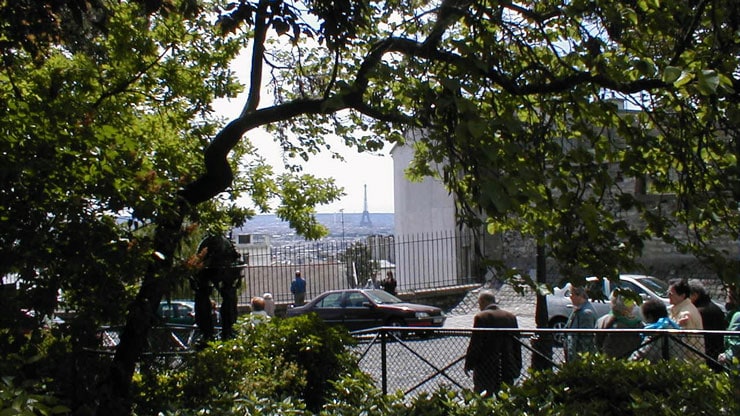 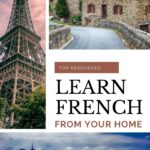 One of the best ways to prepare for future travels and getting excited about travel plans that may seem all too far away is to dedicate a little time every day to studying a foreign language. Learning languages, to at least a small degree of proficiency, is something I love to do. It’s fun, interesting, and ultimately can open a lot of doors for you in future travels. I’ve decided to use some of my time at home to learn a bit of French. In this article, we’ll be discussing how to learn French on your own at home with some of the best free or cheap resources out there.

I’d been learning Turkish for a while, which was quite interesting, but it is also a super difficult language. It is also a language that is only really useful in Turkey and my plans to travel to that part of the world have been placed on hold. So I thought it might be better to dedicate my time to a language that is not only easier but also more widely spoken. Indeed, French is one of the most useful and best languages to learn for travel, being spoken by hundreds of millions of people around the world.

There are a handful of countries in Europe, beyond France, that speak French. You’ll find a sizable population of French speakers in Canada. There are more French speakers in Africa than any other continent (concentrated mostly in West Africa). And there is even a French-speaking country in South America in French Guiana. French is a language with a relatively large geographic distribution which makes it quite useful for a traveler.

In any case, let’s get on with how to learn French on your own with some of the top resources. 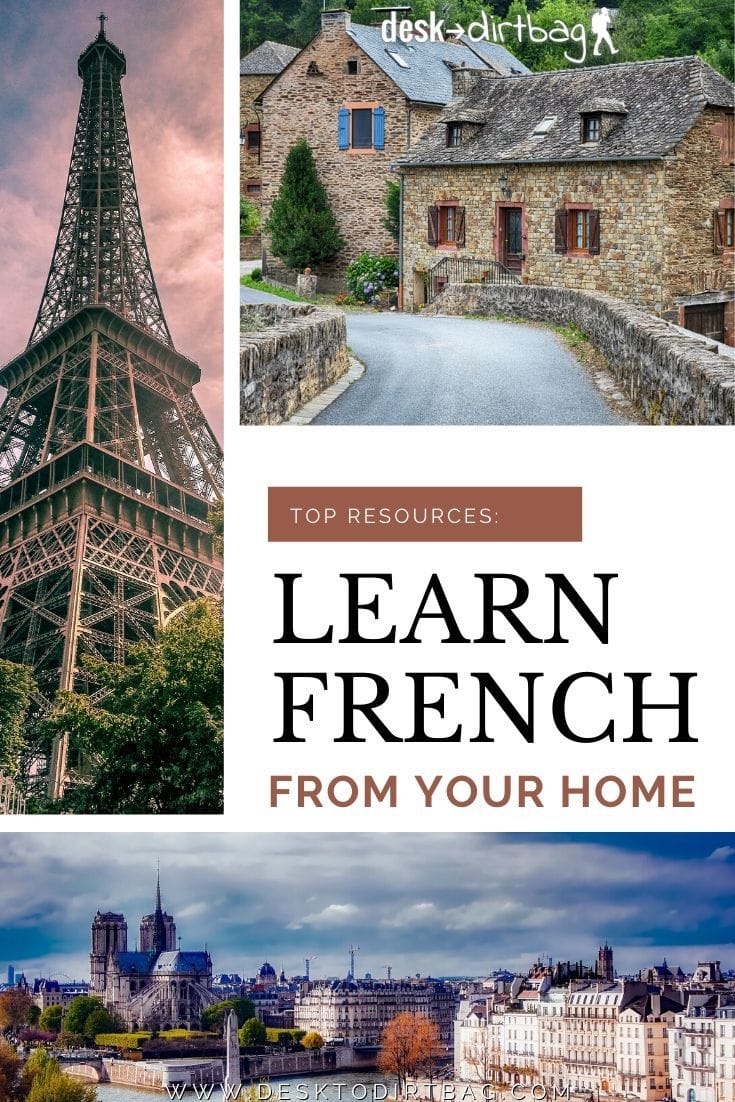 Duolingo is the best free language learning app out there, period. It is basically as effective as pricey software like Rosetta Stone, but it is packaged into a neat little smartphone app so you have your French language learning materials literally in your pocket. And, of course, they have courses in tons of different languages.

It has a gamified approach to encourage you to learn a little bit every day, which is a good approach, rather than trying to cram it all into one day per week. They encourage you to maintain your streak and have leaderboards where people compete to get the most points. Duolingo will teach a pretty varied selection of vocabulary and helps you understand grammar in a mostly intrinsic way by applying different tenses or conjugations to different contexts.

Before each mini-lesson, you can also delve into the “Tips” section which gives you info about the particularly grammatical concepts you are about to use. These are not required, but they are helpful to more fully understanding what you are doing and why. 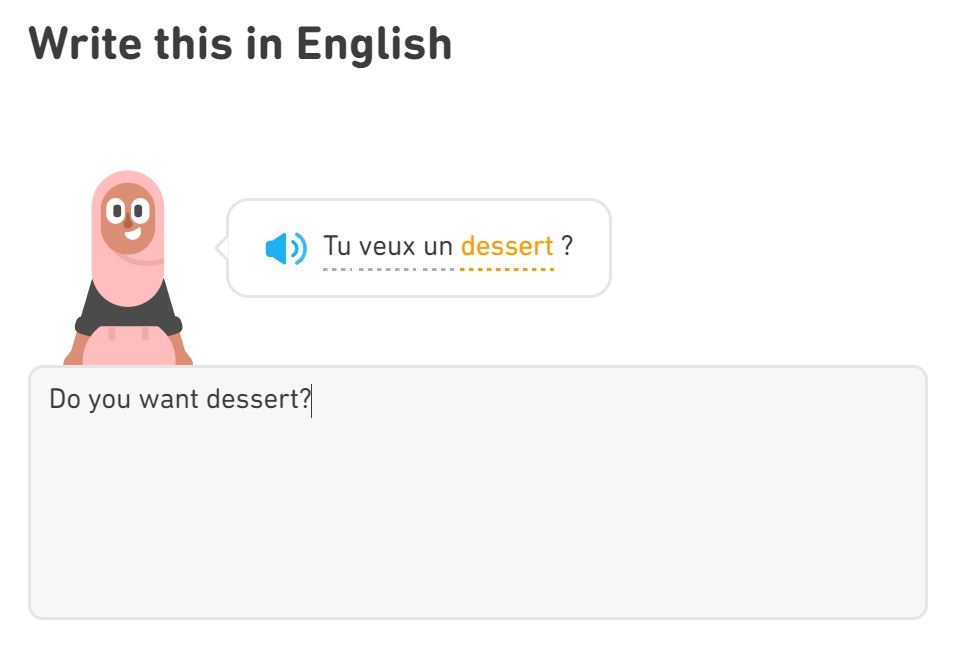 They’ve also got a stories section with short and often mildly humorous stories with French native speakers where you answer simple questions about the dialogue. I haven’t checked them out yet, but I also just realized that Duolingo has a French podcast as well to help all of you who also want to learn French on your own.

My main gripe with Duolingo is that it often delves into useless phrases (there are accounts dedicated to sharing the craziness) like “I have this onion, and I’m going to use it.” I mean, come on! Maybe they are trying to be humorous to help you remember more, but I’d rather they focus the phrases and vocabulary on situations that are useful to the traveler.

Clozemaster is another really awesome free resource for studying a variety of languages. It isn’t as well organized or designed as Duolingo, but it is still an excellent complimentary resource. The basic format is cloze sentences were one word has been removed and you have to fill in the blank with the proper French word.

These thousands of sentences are then plugged into a spaced repetition system that will have you reviewing these sentences at gradually increasing intervals until you have achieved “mastery.” The program is great because of the sheet amount of material that you will be presented with and with the spaced repetition to help you cement the words into your mind. 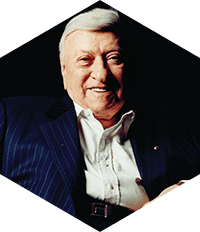 Michel Thomas is my go-to guy for learning European languages (though I wouldn’t recommend them for non-European languages). These are audio courses that you can purchase for studying French on your own, and while they aren’t free, they are very economical for all that you get. Michel Thomas gets you speaking right away with fairly complex sentences by focusing on the “hacks” between English and French. By that, I mean he helps you understand the shortcuts that can instantly take your vocabulary from zero to a few hundred words or more.

Did you know that roughly 25-30% of English core vocabulary is derived from French? This means there are a lot of shortcuts to learning French if you can identify them and adapt to the pronunciation.

The actual format of the Michel Thomas course is an 8-hour foundation audio course (he also has add-on courses) that will have you saying fairly complex phrases from the beginning. It is basically a recording of him taking two total beginners through learning French, so that can also be a drawback, as you hear them stumble through mistakes and mispronunciations. But it also helps reinforce points you should focus on, particularly when it comes to pronunciation.

You are expected to pause the audio for Michel’s prompts, answer yourself, and then hit play to continue. So it isn’t totally passive in that you can easily listen while driving down the road, for instance.

I like these audio courses if you’re looking for how to learn French on your own because they force you to recall and use your French as you would in a conversation. Learning with Duolingo is sometimes too easy because you have the written word or helpful images right in front of you, meaning you can easily guess correctly but may have real problems trying to use that word in a sentence. 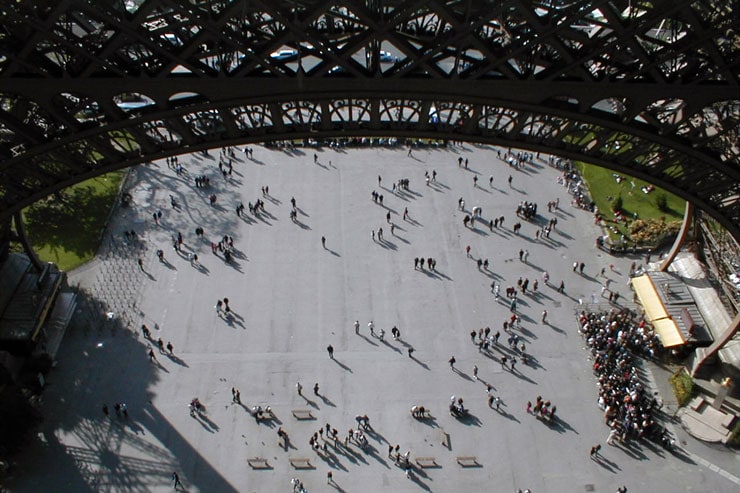 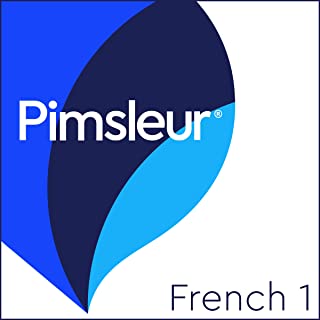 Pimsleur is another excellent audio course for learning French on your own. I’ve used them throughout the years for a few different languages like learning Spanish at the beginning (today I’m fluent!). They have five different levels, each level consists of 30 audio lessons, or 15 hours of teaching.

Unlike Michel Thomas, these audio lessons are designed to be used in a hands-off approach, meaning they can be done while you’re driving down the road or cooking in the kitchen, or whatever. I like that aspect. You’ll go through a variety of increasingly complex situations ranging from normal social interactions to semi-professional business interactions. The types of things you learn through Pimsleur French is mostly of the useful variety for a normal traveler, which is also a major plus.

You are meant to do one lesson per day with Pimsleur French, meaning that you’ve got at least five months of daily content if you work through all five levels. Each lesson builds off one another and uses spaced repetition to bring up vocabulary or phrases that you learned in previous lessons, which is an effective way of cementing into your long-term memory.

I like the emphasize on pronunciation, a tricky aspect of French, and how they make you repeat parts of the word (starting at the end and working toward the beginning, like -ner, -jeuner, dejeuner). These are solid, well-done audio courses that will cover a wide variety of tenses and vocabulary that is more than sufficient for the average traveler.

If you have Amazon Audible, you can also find it there.

Alright, all of the audio courses or smartphone apps will only take you so far. Don’t get me wrong, they are great resources and can help you build a solid foundation, but the ultimate goal of learning any language is being able to communicate!

Unlike Spanish, most of us don’t have much opportunity to even try to speak French in our daily life. If you’re wondering how to learn French on your own, at home, then you’d be well served by taking one-on-one online conversation classes through iTalki. This is how you will actually get to practice what you’ve acquired and start communicating with a native speaker. Ultimately, that French does you no good by just being trapped up there in your head. You’ve got to use it.

When I was learning Turkish, I started doing weekly Turkish lessons on iTalki after about one month of self-learning and, while it was hard, it was also extremely gratifying to be able to hold simple conversations with native speakers. I highly encourage you to give iTalki a try and have your first French conversation over video chat through Skype.

French community tutors on iTalki can be found for around $5 for half an hour (sufficient time for most just getting started) or $8-10 for a full hour (which is probably best for those with a bit more experience). I’d recommend doing the resources discussed above every day and then starting iTalki classes within a few weeks or a month maximum.

> Find a French Lesson on iTalki

How to Learn French on Your Own

Ultimately, if you want to learn French on your own, it will take a concerted effort, a bit of discipline, and some helpful French learning resources. These are my favorite resources for guided learning of French on your own. You’ll find a myriad of other great French resources like podcasts, news websites, traditional books, and so forth.

All of those things can and should be utilized as well, but I find that they are more “open-ended” and don’t provide much in the way of a logical path of progression. Although iTalki can also relatively open-ended, but you should create some sort of focus or goal with your tutor or teacher.

My preference is to focus on a few different French language resources with a linear progression from Point A to Point B with course content that builds upon itself rather than a piecemeal approach dabbled together from Youtube videos, podcasts, popular music, and websites. But what works for me, may not be ideal for you. I’d encourage you to give the above options a try though!

So there you have it, my thoughts on how to learn French on your own! Are you trying to learn French as well? What have been your favorite resources? Sound off in the comments below.