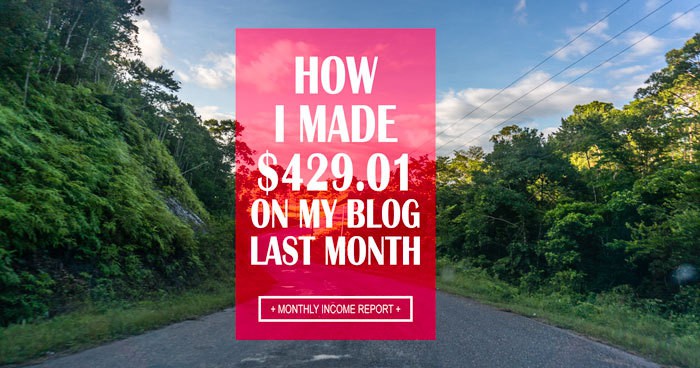 43 shares
This article may contain affiliate links. If you make a purchase through these links, I will earn a commission at no extra cost to you. Thanks!

Time for another one of my monthly online income reports. I set the goal of earning $1,200 per month exclusively from my website and related projects by the end of the year.

These monthly income reports are meant to hold me accountable to both myself and my readers.

They offer a glimpse into the nature of making money through a blog and other online endeavors, as well as my efforts to cover my expenses while traveling in the pursuit of becoming location independent.

Each month I report on what I did well as well as what I could stand to improve on from a financial perspective, as well as a blogging strategy perspective.

What Did NOT Go Well

Amazon sales dropped a bit compared to last month, which makes two consecutive months of reduced earnings. I suppose that is to be expected with summer coming to an end in the USA and people hunkering down in side more.

To try and counteract that for next month, I am experimenting with Amazon Native Ads which are embedded directly into the blog post (which you may see here). Previously I had no ads on Mobile devices, so I was missing out on that sizable market.

Amazon has a special promotion of a fixed 12% commission for all sales through Native advertising for November, so we will see. Normally their commission varies depending on number of items sold, but is usually 6-7% percent for me.

I spontaneously decided to try out a Kindle Countdown Deal for my book Big Travel, Small Budget. The book has been out for about 15 months or so, and continuously earns about $100 per month, but has certainly fallen further down the best-sellers ranking.

Part of selling your book exclusively through Amazon is that you can do special promos during your enrollment period, one of which is a countdown deal where the price starts low and rises back up to normal. You can do cheaper prices and still retain the 70% commission (normally only available if priced above $2.99).

I haven’t done any promos since launching the book, but figured why not. Without much planning, preparation, or promotion, the book sold quite well, including selling more than 50 copies at 99 cents.

As I mentioned last month, I’ve been working more diligently on Pinterest activity, and with another month of effort I have seen Pinterest grow to be my #1 social media referral site, regularly ranking above Facebook on most days.

That is pretty wild considering that I’ve been working on growing my Facebook account ever since starting a few years ago whereas I’ve really only put effort into Pinterest in the last couple months and it has already outstripped Facebook.

If you are blogging or have an online presence, I can’t recommend Pinterest enough in terms of generating clicks and visits to your site, be sure to read my article about Pinterest for bloggers for more details.

In order to grow the account, I’ve been more active and am using a tool called Tailwind to schedule out updates and find Pins in bulk. If you’re at all interested in using Pinterest, I’d recommend giving it a look. You can claim a month of their Plus account for free with my link.

If you are active on Pinterest, I’ve also got two group boards (one for truck camping and one for outdoorsy stuff), so shoot me an email if you’d like to collaborate.

I’ve gotten quite a few cool new blog posts up in the past few weeks which have been generating a lot of good feedback.

Be sure to check out the top 15 Most Scenic Drives in the USA and the 21 Best Road Trip Apps — for a little bit of road trip inspiration.

Work on the Book

Work on the first edit of my book the Road Always Leads West has taken me much longer than expected. Part of that is due to the sheer length of the work at nearly 80,000 words, part of that is procrastination, but I’m coming up toward the end of the first edit.

Next step will be printing the whole thing out and going through it with a pen and then passing it off to a few advance readers to suggest content edits… Would you be interested?

Shoot me an email at ryan@desktodirtbag.com

I could also REALLY use the help spreading the word, please take a minute to share the book, and consider joining the launch team (you’ll get a free advance copy).

What Else is New?

We had been taking care of two little mutts as a foster home, but one of them (the little guy) just found a permanent home. Yay!

We’ve still got Maya here though. It seems pretty tough to find homes for these larger dogs, particularly if they aren’t “pretty” pure breeds, and are just dark black and brown dogs.

Maya is quite pretty though, I think. Kind of like a Doberman. But she is really intelligent, and has learned a great deal of tricks for her age.

I kind of fell away from the guitar for a while. Got frustrated with a lack of progress. But I’ve picked it up again here recently, mostly motivated by finding a pretty cool little app which features playing real songs with just a handful of chords.

It has been quite cool to play along with songs I know and love (something people always recommend at the beginning). The coolest part is that it has the lyrics scroll by with the chords so you can sing along as well. Check out the Four Chords app from Musopia.

Everybody always asks me whether I’ve watched Narcos on Netflix… With so many people asking, I finally decided to start watching it!

It’s definitely an incredible series, and it’s pretty surreal watching it while here in Medellin (the house where Pablo Escobar was killed on a rooftop just a few blocks from where I live). It is a fairly historically accurate portrayal, though there is a bit of artistic liberty taken at times.

Pablo was most definitely a monster, who nearly destroyed Colombia while succeeding in destroying it’s reputation and sending it into the gutter (even to this day).

You can talk to many people here who remember hearing the frequent bombings, of saying goodbye to family in the morning and wondering if they would see them again at the end of the day.

That’s why I feel a bit bad about those private Pablo Escobar tours that they put on for gringos here in Medellin, which often enrich some of his former criminal associates, like his brother Roberto or his sicario Popeye (who is now a YouTube star).

We did make a trip out to Hacienda Napoles where you can see the ruins of his former home and the legacy left by creating his own personal African safari.

The cocaine hippos have escaped and taken up residence in the local river system, an invasive species of the biggest proportions.

If anything, it’s all very interesting history, though still a fresh wound in the story of Colombia.

That’s all I got for you this month.

Are you following along on Instagram or Facebook? Be sure to do so, if you want to get the latest.

If you found this post interesting or insightful please don’t forget to Like it, Tweet it, or otherwise spread the word among your social networks. Cheers! 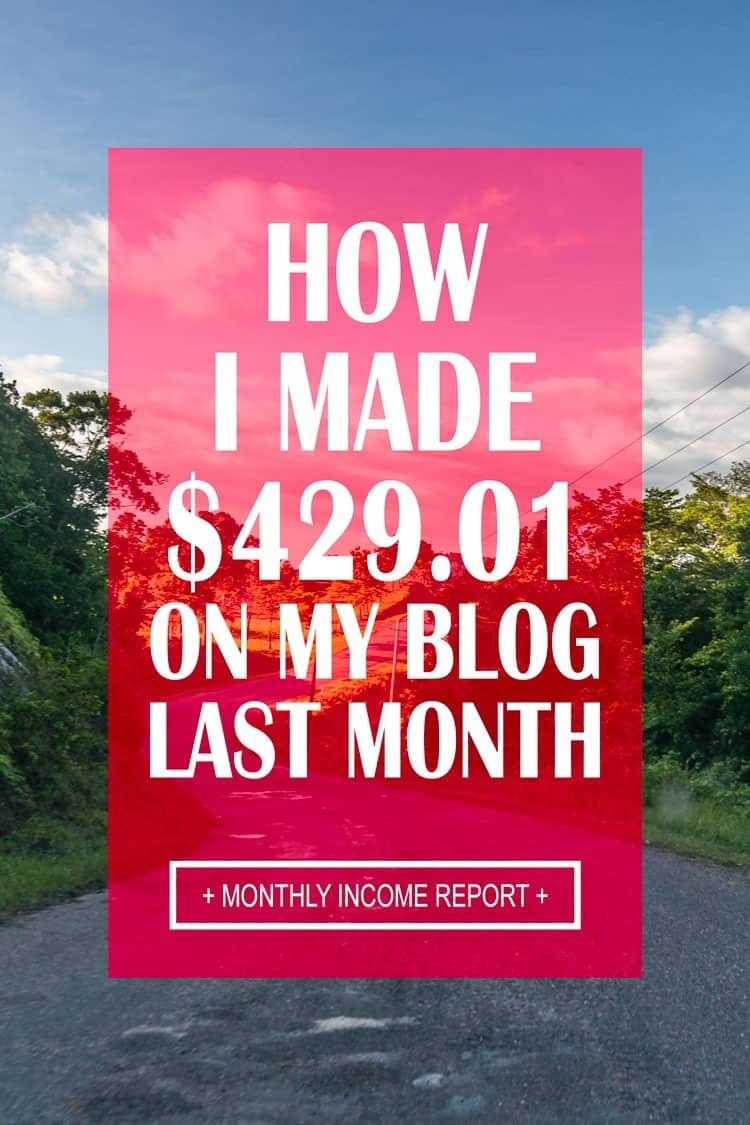 As always questions, comments, and feedback are extremely welcome.