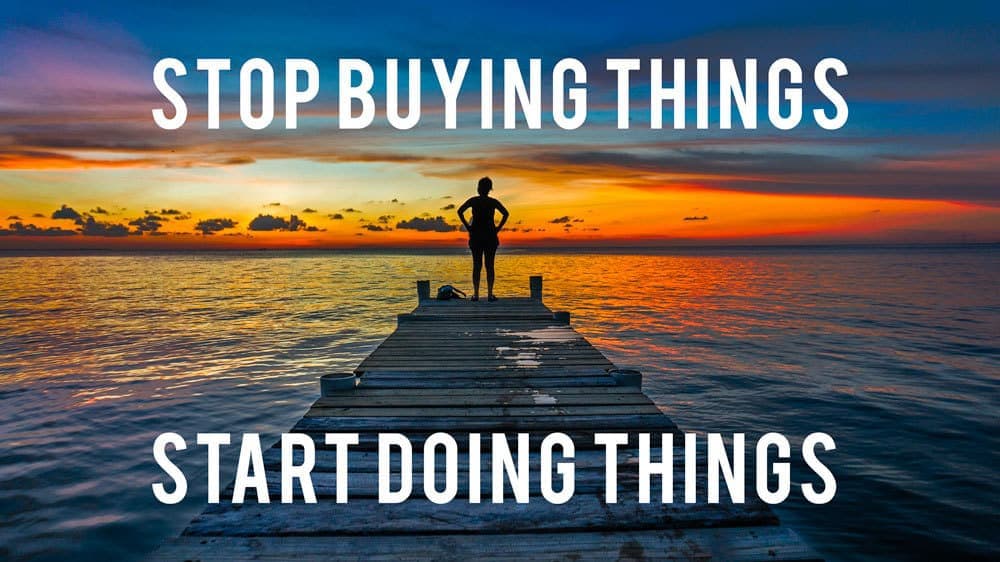 501 shares
This article may contain affiliate links. If you make a purchase through these links, I will earn a commission at no extra cost to you. Thanks!

The Holiday Season is once again about to come rolling full force down your face.

REI has taken the world by storm with their recent announcement that they would be closing their store and giving all 12,000 of their employees a paid holiday… On one of the biggest consumer shopping days of the year.

They are encouraging both employees and costumers to get out there and use the gear the sell, not come in to buy more.

It’s a great message. And it also happens to be a great time to hit the trail for crisp fall weather, work off that turkey dinner, and find the outdoors a little less crowded. 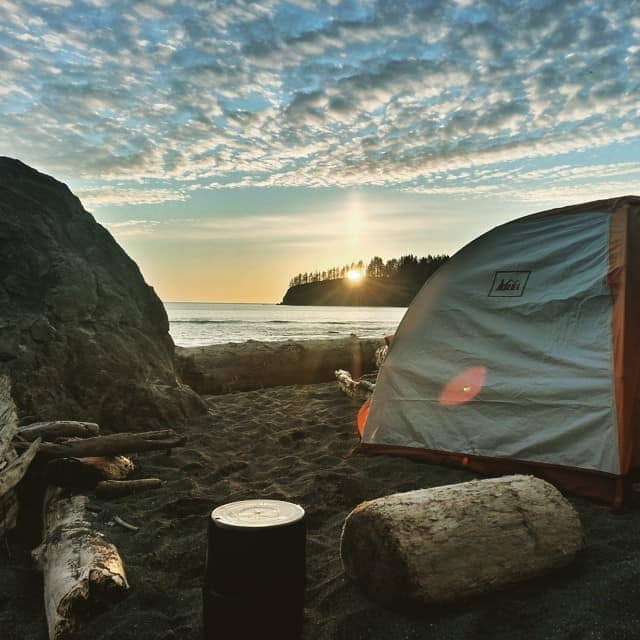 For years I’ve been imploring my readers and followers to stop buying things and start doing things.

Some people have criticized me and have twisted the message as if I am completely opposed to buying anything, ever.

That’s not really the idea.

Indeed, I have bought lots of things, particularly related to gadgets, camping, and outdoorsy stuff—and continue to buy odds and ends as necessary. But at some point, enough is enough. 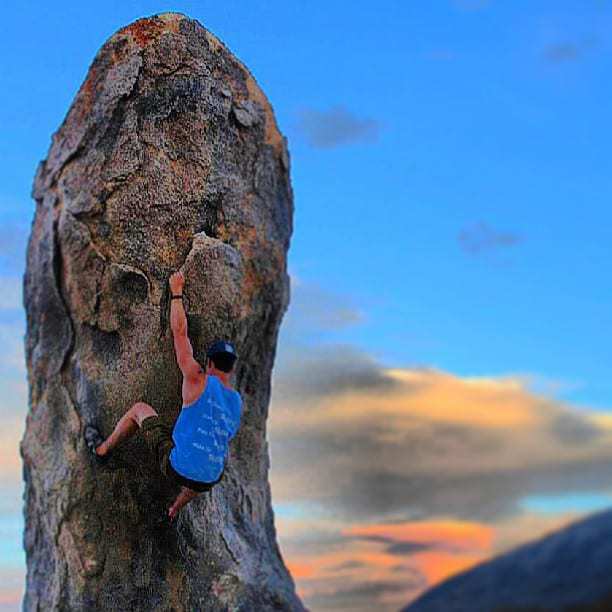 I still have the same gear, same truck, most of the same gadgets as when I left the working world at the end of 2012.

But in that time I’ve I have climbed some of the most amazing mountain peaks, road tripped across the American West more than once, lived in Colombia, become a fluent Spanish speaker, seen the Northern Lights, driven through Central America, written a book, and so much more.

I wouldn’t trade any of those things for a big flat screen TV. No way!

I’m not advocating for you to toss it all away and go travel, but to do more of whatever it is you like to do.

The real message is just to buy less and do more.

In our consumerist culture you can find yourself worked to death all to fill up a house and garage with toys and things that you barely have time to use.

When you stop spending money on the things that don’t matter to you, you have more money to spend it on what does matter. 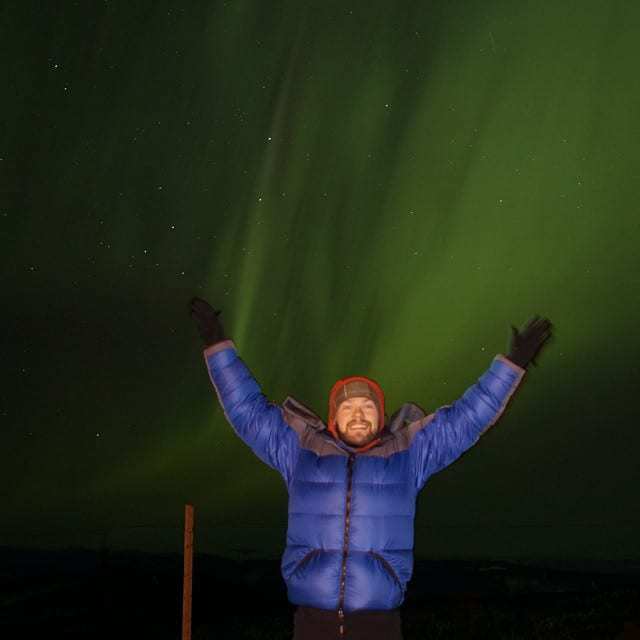 How many friends do you know that have shiny boats and bikes and whatever else collecting dust as they grind away at any office to pay for it along with the mortgage for a house that they mostly just use to sleep in?

Do more of what it is that makes you come alive, those things that you love to do but supposedly don’t have the time or money to do as often as you wish. 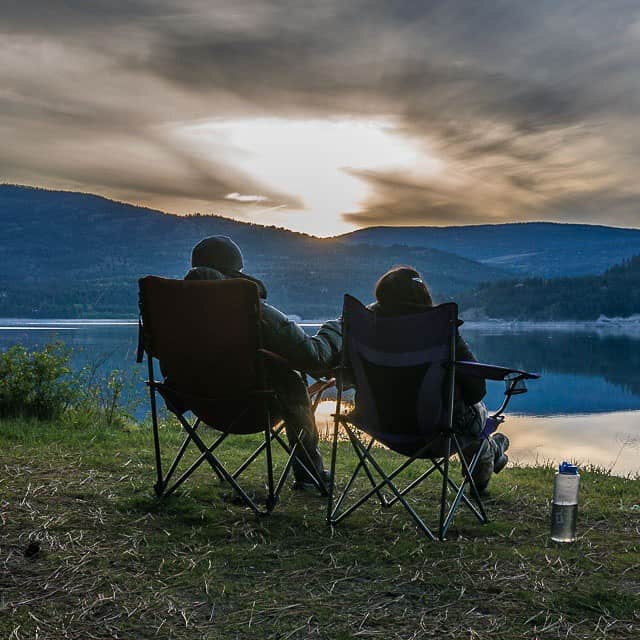 When you can reach a point where you don’t need much to live, you can find real freedom.

People think you need to become a millionaire… Then you can find the freedom to choose. Stop trying to get rich and start living a rich life.

Every dollar you trade for more things and more status symbols, the higher you are building the walls to your own prison. One that you cannot escape.

You won’t believe how many people write to me saying they wish they could do what I’m doing, but can’t escape the cage they built for themselves. 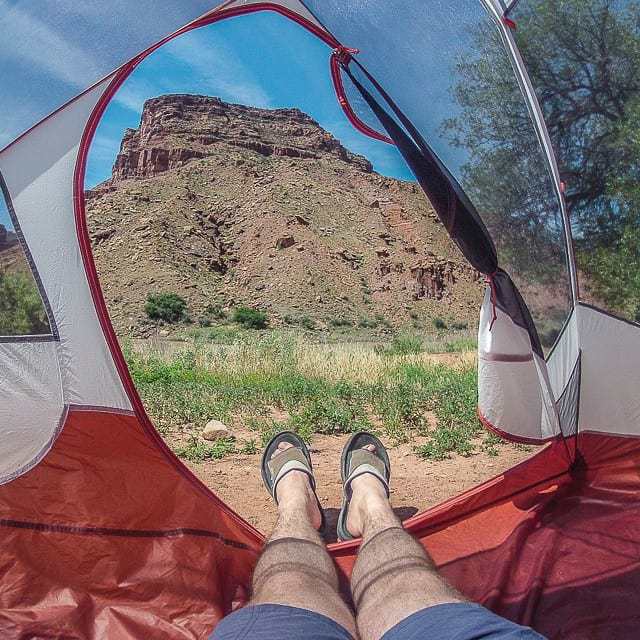 Just think about your own life… Perhaps you’ve shelved out money on a fancy TV only to find yourself lusting after a bigger, nicer one a few more years down the road. Or that new top of the line computer which is chugging along in a few years.

Each of those big ticket purchases makes you happy in the moment. But a few months later and that shiny happy feeling has worn off. You’re never going to look back and fondly remember “Man, I loved that Dell computer that ran Windows 98”.

In contrast the thousand dollars you spent on a road trip across the country back in 1998 will provide you memories and stories for a lifetime… Indeed like a fine wine the memories may even actually get better with age. 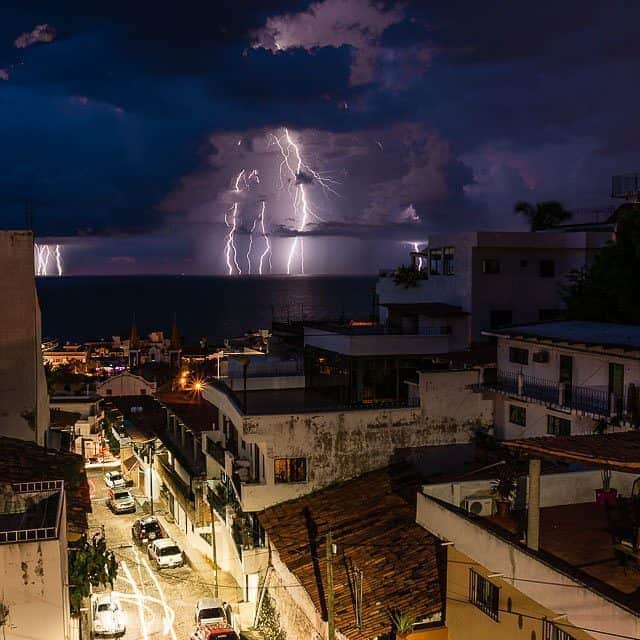 The trials and tribulations of the day will soften as time goes on.

I’m reminded of that time my friends and I were stuck in Naples, Italy in the middle of the night. We had we decided to leave the small town of Sorrento early and just paid 100 euros for a taxi all the way to Naples because the local trains weren’t running…

Turns out there were also no trains heading back to Florence (where we were living) until the next morning. And now here we were stuck. It would have been cheaper to just spend another night in Sorrento.

We slept on the floor taking turns acting as lookout throughout the night (the police warned us it was a bad idea) with wild packs of dogs running through the station and homeless bums and vagrants wandering about.

Truth is, that wasn’t the highlight of the trip. I was pretty upset that we wasted so much money only to end up stuck sleeping in the train station.

But with time, even that memory has morphed into one of my frequently told tales from that trip… It now gets told with a laugh instead of anger.

I’m a realist. We need money, we need things, and we need to buy things (beyond basic subsistence) to have a happy life. 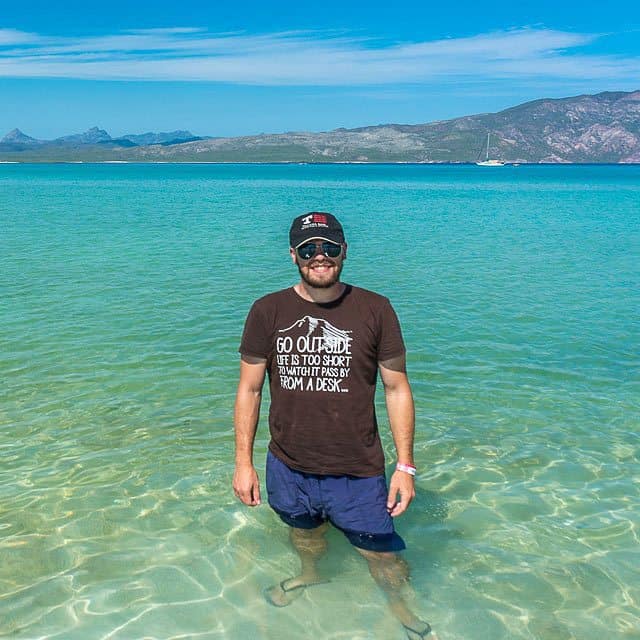 But I also know deep down that most all of us would be better off redirecting the bulk of our spending toward buying experiences—trips, vacations, new activities, classes, learning new skills, etc—than using it to buy more things that more often than not will end up tucked away in a closet or getting pitched or donated in a few years.

Start measuring your purchase of physical things in terms of the experiences that you want to have. You could buy that new couch and love seat set… Or you could go see the Northern Lights in Alaska. You could learn to salsa dance in Cuba. You could go snorkeling in the Gulf of California.

Your money and your time is a finite resource. Make sure you’re spending both on what matters to you.

At the least, let’s take a tip from REI to #OptOutside and spend the day doing something fun instead of waking up in the middle of the night to stand in line outside some strip mall for some discounts along other penny pinchers. 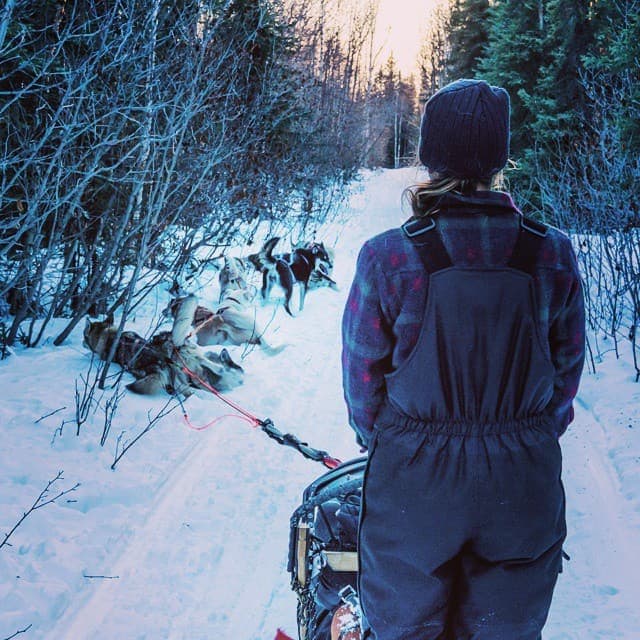 For this Black Friday let’s make a new pledge, like the old Adbusters campaign with a twist…

Buy Nothing, But Do Something Awesome!

Who is with me?