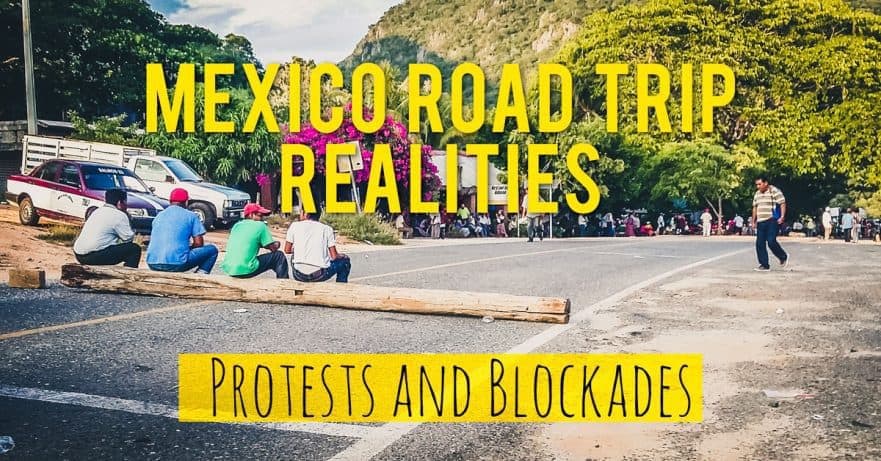 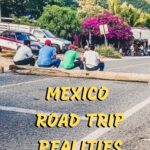 The first rule of driving in Mexico is to NEVER drive at night. Yet here we were: nearly 2 AM as I blasted down the dark and lonely road – the windows down as the smell of salty, warm air wafts into the cab.

No other cars in sight. My eyes burned and cried out for sleep.

Driving at this time of night certainly wasn’t by choice.

We had quite literally been held against our will.

Driving at night in Mexico is full of potential danger:

First and foremost you’ve got to be mindful of animals or even people walking along the dark and lonely roads.

Then there are the speed bumps that pop out in the middle of nowhere and often without warning.

There’s the threat of drunk drivers taking advantage of a sometimes lawless land, trying to make their way back home.

Then, of course, there’s always the possibility of bandits or thieves that prey on solitary vehicles on the road at night.

The plan that day was simple: after a lovely morning exploring the mangroves of La Ventanilla, we would start heading east along the coast toward Salina Cruz. It was only about a three or four drive.

We were about halfway through the trip, passing through a small, dusty pueblo, when traffic suddenly came to a standstill.

Andrea and I sat in the truck for a while as we waited for traffic to clear up. People were all over the side of the road, looking ahead. It seemed like the whole town came out.

I turned off the truck and we walked up the road to see what was going on.

At the end of the line of cars, we saw a giant board laid across the road with a group of men sitting there, preventing anyone from passing. 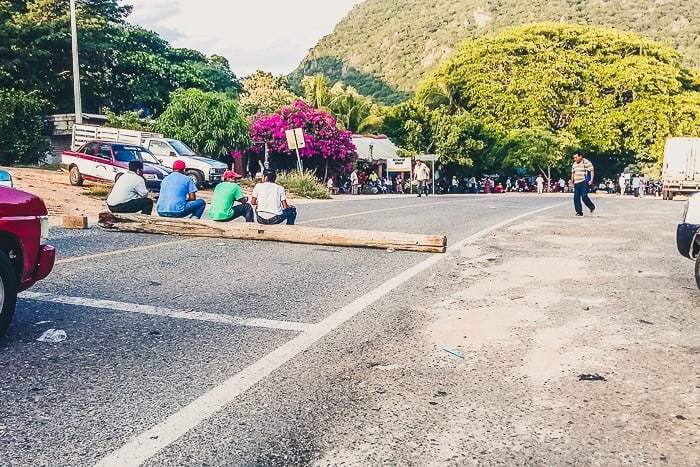 One guy told us “they were letting cars through occasionally. They aren’t asking for any money or posing any danger.”

He explained that they were protesting the fact that their mayor was stealing money and then just up and disappeared, supposedly.

They were trying to get the attention of the federal government in Mexico City for a little help.

And here we were caught up in it along with a few hundred others.

I was most surprised that no one was arguing or putting up a fight. Everyone just seemed to accept the blockade and sat back to wait.

Another guy told us yeah “Oaxaca is a beautiful place, but the protests and blockades are the only bad part.”

“After Oaxaca, you shouldn’t have any more problems like this,” he said.

(But how wrong he would turn out to be…)

One hour bleeds into another.

We walked around, bought some junk food from the mini market to eat for dinner since we didn’t want to bust out the stove and cook if they would open the blockade without warning.

At least it was an economic boom for all the little stores. 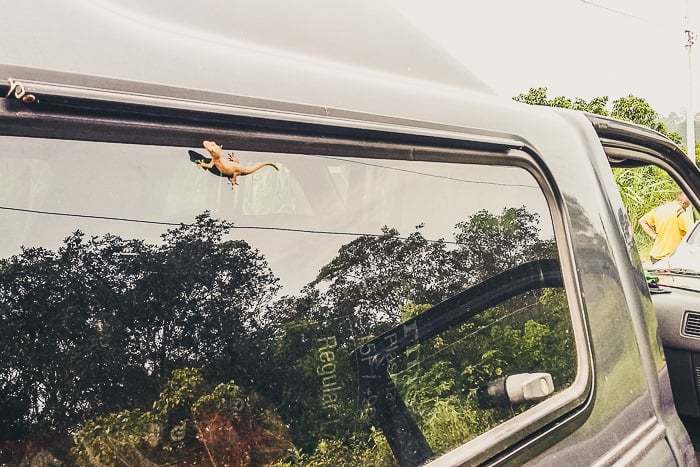 It also served as entertainment for the town, everybody sat along the edge of the road and watched the blockade and all the nothing that was happening.

The sun set. It grew dark.

Rumors flew that they wouldn’t open the blockade until morning.

We figured we would be spending the night camped in the back of my truck while parked in the middle of the road.

Andrea and I walked over to a little restaurant got a more substantive dinner.

Then we returned to the cab of the truck and started watching an episode of Game of Thrones.

This was going to be a long night.

One episode ended and we put on another…

Then all of a sudden I saw people running back to their vehicles and the red glow of taillights emerge ahead of us.

I slammed the laptop shut and started the truck and inched forward toward the blockade, hoping that they wouldn’t hold us up.

We drove past and relief washed over me, we were finally free: more than 7 hours after we were first held up, it was now 1:30 am.

And we still had no idea where we were going to spend the night.

I barreled down the now empty road but there was nothing here, no hotels, nowhere to spend the night.

We drove for nearly an hour and arrived in the city of Salina Cruz as the people staggered out of the bars.

I drove around aimlessly trying to find a hotel, but we couldn’t seem to find any.

The sign for “La Gran Via Hotel” caught my eye, it was now almost 3 am. We pleaded with the attended for a reduced price but he wouldn’t budge on the 650 peso price — somewhat expensive.

We had nowhere else to turn. We worked over the 650 pesos and crawled into our room — which was surprisingly nice — and tucked in for the night.

Andrea managed to bargain over a later check out time, at least, so we got a late start the next day, trying to catch up on sleep.

The next day we pushed ahead toward the state of Chiapas with great expectations, but only made it as far as the town of Arriaga before calling it a night, a combination of a late start, little sleep, and not wanting to get caught at night again.

We found a modest little hotel (Hotel Maria Eugenia) for less than half the price of what we paid the night before and set out to explore the town.

Arriaga is a little nothing, nowhere town. It was grimy, dusty, and depressing.

The only town in the entire country that I found to be devoid of anything interesting.

I hoped Chiapas would hold better luck for us soon, it’s a state that we had heard so much about and looked forward to exploring.

Traveling to Oaxaca on your next trip? Book the perfect room on Booking.com today! 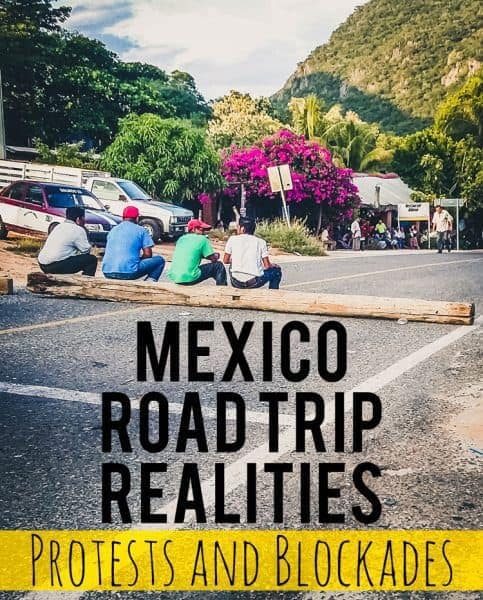 Read Next: My Mexico Travel Guide, Tips, and Resources