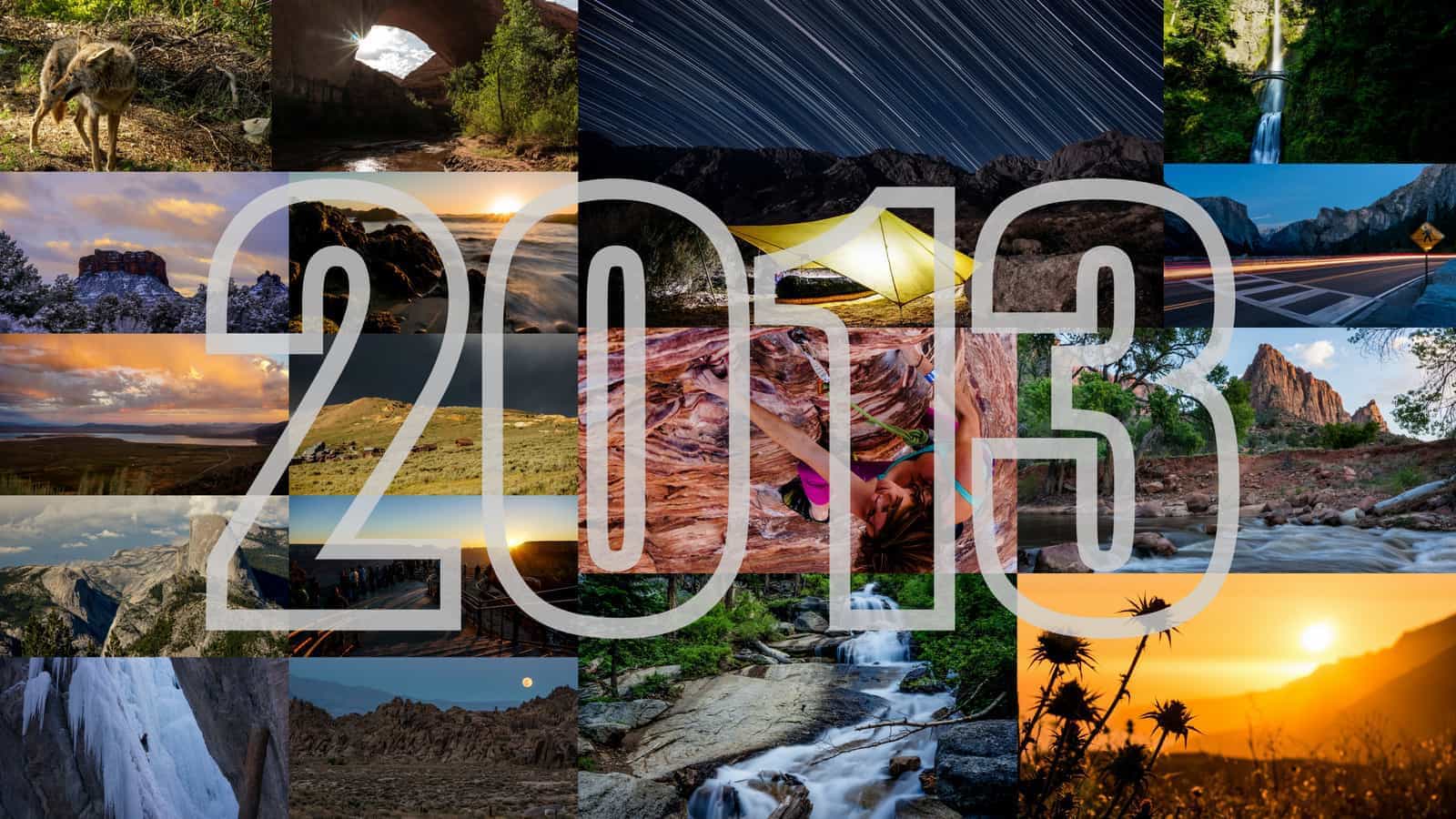 22 shares
This article may contain affiliate links. If you make a purchase through these links, I will earn a commission at no extra cost to you. Thanks!

Just like my 2011 and 2012 year in reviews–here’s my 2013 year in review along with a peek behind the curtains of Desk to Dirtbag. 2013 was the year I turned away from a pretty good, fairly prestigious job in Washington DC to go live in the back of my truck across the American West.

To do something that most people only talk about doing… “Someday”. Crazy? Maybe a little. But worth it? You bet.

I saw more of this country in a single year than perhaps I’ve ever seen before… The vast majority of these places were totally new to me.

I got some good climbing in, in some amazing places. I hiked in some of the most beautiful places I’ve ever seen.

I summited some iconic peaks by classic routes… My favorite three of the year would have to be Mount Whitney’s East Buttress, Mount Rainier via the Kautz, and Mount Stuart’s North Ridge.

Most importantly I had a great time, met some awesome people, had some unexpected adventures and was taken in new directions.

It’s really difficult to try and encapsulate a trip this big with so much that happened, but there are many great memories that can’t be summed up by climbing grades or miles hiked:

Five Most Popular Posts of 2013

5. That One Time I Made a Semi Viral Climbing Video
4. Long Term Review of the Icebreaker Bodyfit 150 Merino Wool Short Sleeve Shirt
3. How to Make the World’s Best Cup of Coffee While Camping
2. Truck Camping – A Guide to Outfitting and Living in the Back of Your Pickup
1. List of Mountaineering and Climbing Movies Available on Netflix

Although the posts with the most clicks aren’t always the ones that click the most with me. There are other posts that see less love in terms of sheer traffic, but are “more me” and also seem to resonate with readers, based on comments, like Stop Buying Things and Start Doing Things.

I launched this blog in May of 2012 as I was gearing up for this year-long trip. Throughout 2012 I received 3,420 unique visitors total for the year–an average of 488 per month, though the numbers were very few in the beginning and then grew in the end.

2013 saw huge strides in growth versus 2012, as one would expect, with 31,954 unique visitors over the year–an average of 2,662 unique visitors per month, a five-fold increase. With a similar trajectory of visitorship growing over time.

The list of climbing movies on Netflix post remains my biggest driver of traffic just as it was in 2012. But I added two significant drivers of daily search engine visitors with the addition of my coffee camping and truck camping posts.

I also made a few good YouTube videos that have added a new (and significant) source of visitor referrals and have garnered large numbers of views by themselves–more than 47k for my truck camping video and more than 62k for my semi viral climbing video. I’m convinced that Youtube is a great tool for website owners, and I definitely want to do more videos in the future.

Late last year I added some Amazon Affiliate links with the goal of hopefully making a few bucks worth of Amazon gift cards so I could pick up some free Kindle books while on the road.

This year I made some $250+ dollars in Amazon revenue (around $20 per month), which obviously isn’t much, but is most certainly welcome.

You may have noticed that I’ve recently added some advertising and additional affiliate links to the sidebar. These are recent additions that have not thus far not resulted in any money. I hope to slightly increase the dollars this site brings in…

My decision to extend my job-less sabbatical will stretch my budget, to be sure, but hopefully, I can make the dollars stretch further in South America, and can maybe offset some expenditures with the introduction of new affiliate links and the introduction of ads.

To be clear, I am only providing screen real estate to companies or products that I believe in.

The Dirtbag Resources sidebar includes affiliate links to a number of things I have personally shelled out money in the past for and which have undoubtedly helped shape my world view and the path I am on–from Unconventional Guides products (the same people that put together the World Domination Summit) like Frequent Flyer Master (I’ve personally amassed a few hundred thousand miles and redeemed free flights in the past), to the Digital Nomad Academy which offers training in Internet-based businesses that allow you to work from anywhere in the world.

If you are offended by the presence of ads or affiliate links, you have my apologies. I’m not a huge fan of ads myself. But BIG thanks to those of you who (knowingly or not) shopped through my affiliate links and provided me a little extra pocket change.

The Facebook page for Desk to Dirtbag has grown considerably, now with a community of 844. Cool. Twitter numbers had a fair bit of growth over the year but stagnated recently at around 1,100 followers. I’m not sure how I feel about Twitter.

I connected with a few really cool people through Twitter that I probably wouldn’t have otherwise connected with. But it’s just so frenetic and hard to keep up with and it’s just a steady stream of never-ending… stuff.

It’s great if you’re whittling away the time at a desk or procrastinating, but it’s harder when you dip in and out of ‘net coverage for a few days and don’t have your finger on the pulse of the Twittersphere.

I feel that this website had some decent successes but there is always lots of room for improvement and areas where I didn’t do as much as I wanted to or felt I should.

For one, I didn’t actually write as much or update the blog as much as I thought I should/would. I struggle with finding the balance between going out and doing things and the sitting down and writing about things.

I published 34 posts in 2013, so I did average more than one every two weeks, however, the bulk of those were earlier in the year when I just started this trip and then spread thinner later on.

I found it easier to write when I used to be a working stiff and each trip had a definite beginning and end versus this year where the trip just kept on going on. “I’ll do it tomorrow”.

Plenty of ideas in the queue for things to write about though! 🙂

So yeah 2013 was a pretty good year for me and was a decent year for this website (whatever that means). I’m not sure what exactly the future holds for me or this blog in South America next year, but I hope you’ll stick around.

I’d love to hear your thoughts about what I can do to improve this site and make it more valuable, interesting, or meaningful to YOU in 2014.